It was time to leave the dizzying moto-mayhem of Hanoi and head south on the train, our destination was Danang in central Vietnam. I had arranged the tickets a couple of weeks earlier via a friend currently based there, the options were hard seat, soft seat or sleeper, we opted for the latter and took a 4 berth cabin at a total cost of 2.5 million Dong (or $125).

We bid farewell to our gracious hosts at the Jasmine, jumped in a cab to the station and went straight to the SE1 train which was already waiting on platform 1. At 1900 hours on the dot we rolled out of Hanoi station heading south, we’d already had the foresight to stock up on snacks for the kids, baguettes, and tins of cold Bia Ha Noi (and another brand called 333 which is rather tasty) for the parents since there were no provisions on board. I was expecting a carriage full of locals but what we actually got was a German couple, two cabins of Aussies, some Eastern Europeans and a number of other westerners, all bound for the historical World Heritage town of Hue.

During the US air raids large sections of the northern rail network and its bridges were bombed, following reunification in 1975 the government set about re-establishing the Hanoi-Ho Chi Minh City rail link, the name remains in use today and the 1726km railway is one of the best ways to travel in Vietnam.

The train was scheduled to arrive at our destination at 1030, we settled in for the night, already sleepy under the rhythmic motion of the train and the consumption of several tinnies. Didn’t sleep too well myself as I’d come down with a bit of a cold following a few nights of sleeping with air-conditioning which I’m not used to.

Woke groggily to the sound of a cockerel wondering who to batter for bringing one on a train; it was actually piped through the PA system to wake up the passengers! A grey morning and light rain was beyond the windows as we clattered past endless rice fields, and the discovery that we still hadn’t arrived in Dong Ha, which put us at about 3 hours behind schedule.

Stuck a vid on the netbook for the kids and crashed out again, food vendors would stop off assuming the mrs was Vietnamese and try to sell her local food, when they discovered she wasn’t she was fleeced for 60,000 Dong for two chicken drumsticks! We finally pulled into Hue at around 1015 upon which almost every white face on the train disembarked turning the platform into a seething mass of moving backpacks.

This was when the weather and journey got better, we were heading for the coastal strip and the spectacular Hai Van Pass with its tunnels and winding mountain passes. The final hour into Danang was simply awesome; the train slowed as it snaked its way around the coast and hugged the hillsides offering spectacular views. I was reprimanded several times by the Vietnam Railway Gestapo for hanging out of the window and taking photos, apparently kids like to throw rocks at the trains so the windows must be kept closed at all times … I was willing to risk a rock or two to get these shots.

The “express” finally trundled into Danang at 1300 hours, 18 hours after we left Hanoi. 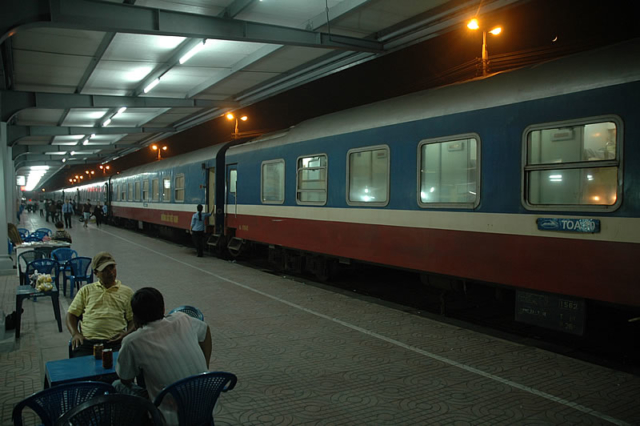 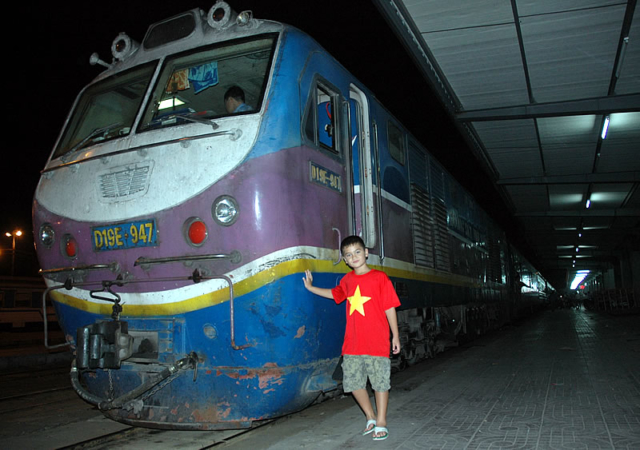 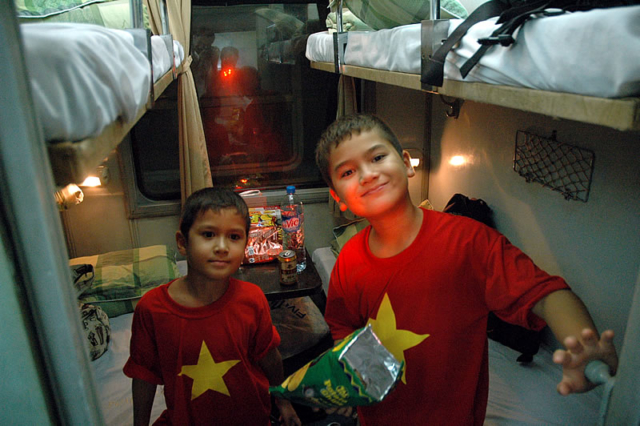 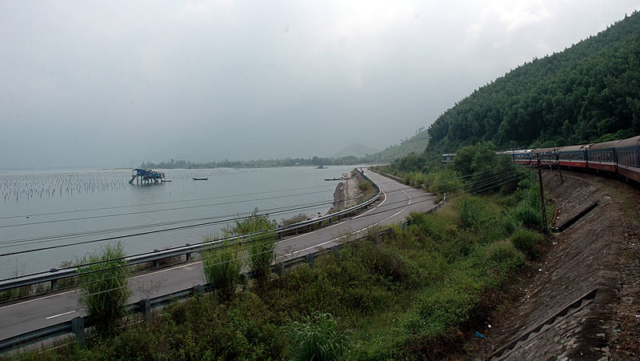 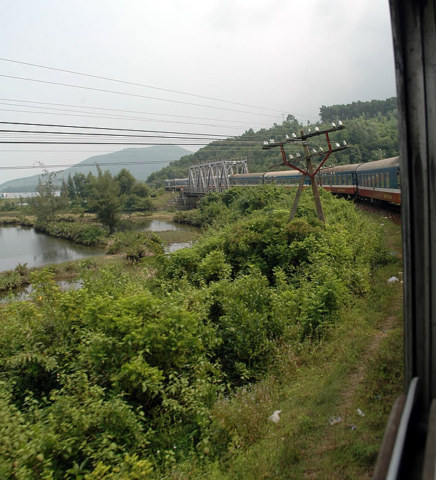 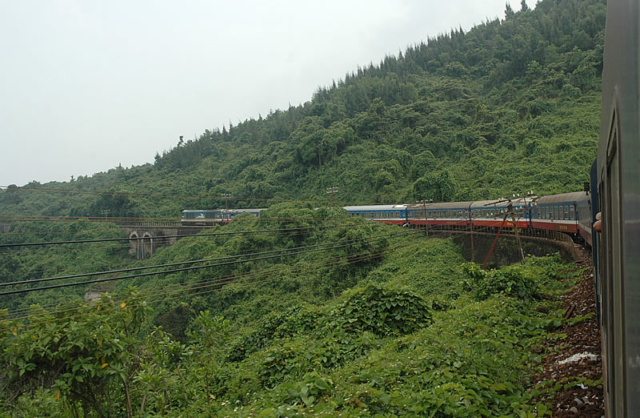 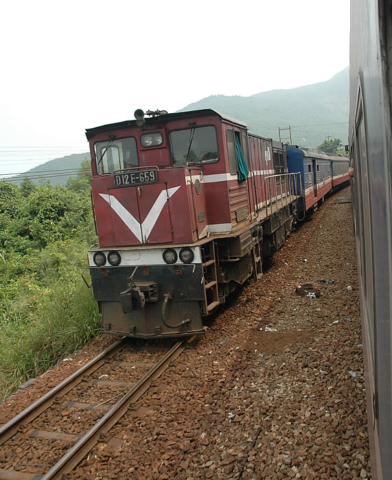 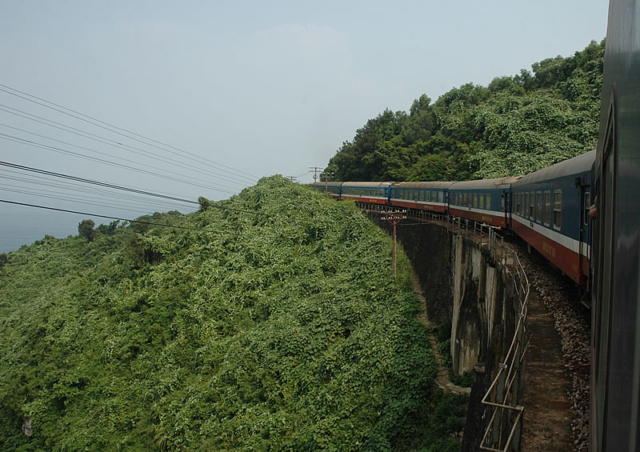 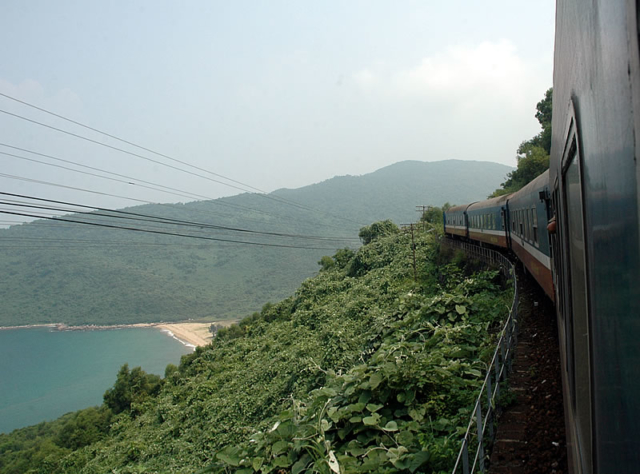 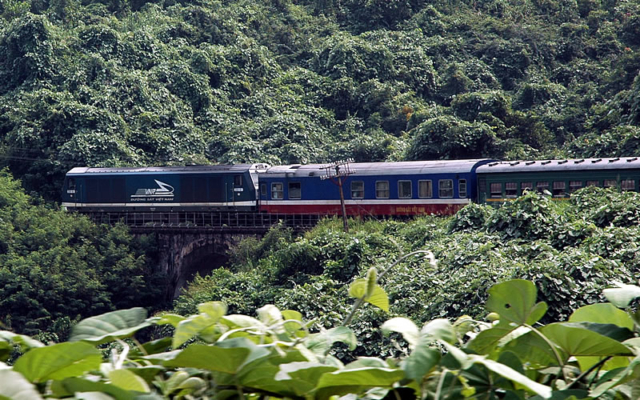 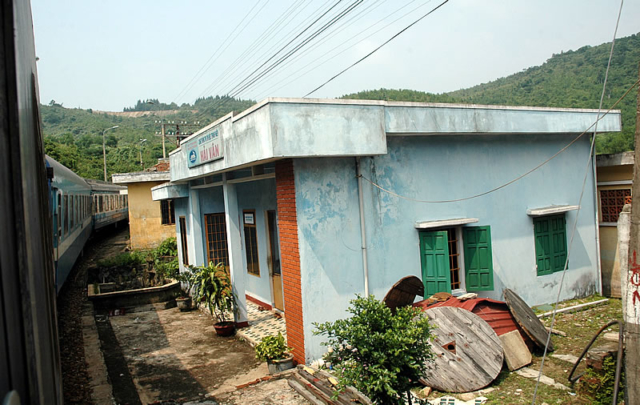 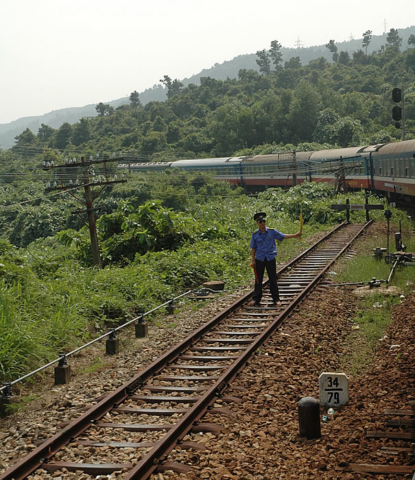 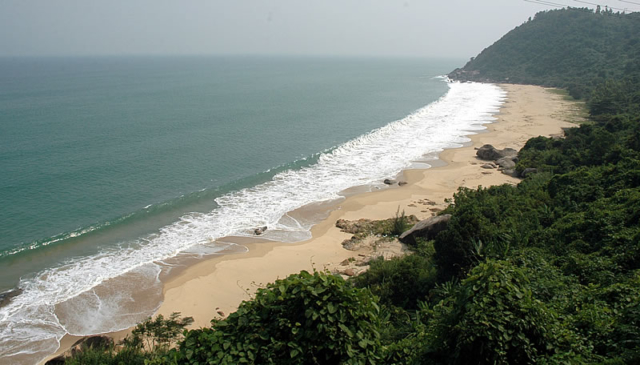 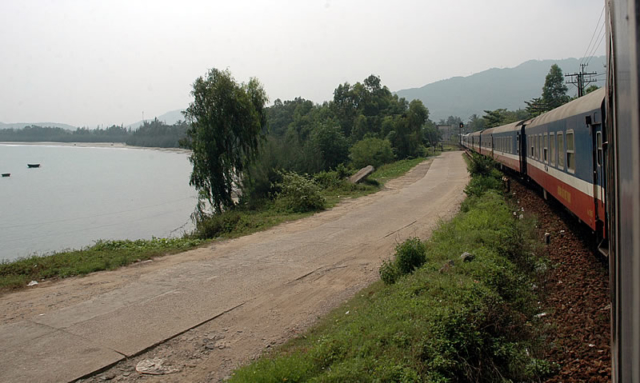