On The Road Asia > Myanmar > Burma, the Mergui Archipelago

As tourism increases in the beauty spots of Asia and development races ahead in a relentless tide of construction, many of the natural wonders that attracted people in the first place are being swallowed up. Beaches become concrete boulevards, primary forest becomes a parking lot and coral reefs simply don’t become. The natural expansion of human activity forces us to seek out new playgrounds. However, as the planet slowly runs out of untouched destinations, the emphasis is shifting toward their conservation and the reduction of our impact on them.

Myanmar is a newcomer to the tourism and scuba-diving industry, with a total of about 200,000 visitors in 2003 compared with 10 million in neighboring Thailand that year. The ruling military junta is making more effort to promote tourism in Myanmar, much of which is to the anger of human-rights activists who believe the generals will use the revenue to prolong their regime. But politics aside, the islands and waters of Myanmar’s Mergui Archipelago are a beautiful part of the world.

In the 18th century the area was of major importance for trade between Eastern and Western civilizations, with the port of Mergui a significant access point bridging the Andaman and South China seas. The archipelago fell into obscurity after World War II and the changes that took place in Myanmar, known as Burma until 1989. It has had very little human interaction for more than 50 years. There is a small indigenous population of sea gypsies but in general the 850-plus islands composing the archipelago, some of which are the size of Singapore, are uninhabited.

Negotiations between dive operators based in Phuket, Thailand, and the Myanmar authorities began in 1994 for access to the frontier dive spots at the Burma Banks – a number of submerged sea mounts in deep water in the Andaman Sea – and the myriad tropical islands of the Mergui Archipelago. Permission was finally granted in 1997 and a few boats began to run trips to these largely unexplored islands and reefs. Today, almost eight years on, there are only a handful of vessels that regularly travel to the islands of the Mergui Archipelago, which makes it one of the last remaining scuba-diving frontiers on the planet.

There is a rather steep US$150 one-off entrance fee to the National Park, but this can be forgiven if it all goes into the preservation of the natural ecosystems there. The government seems to be heading in the right direction with this by outlawing dynamite fishing, which in Indonesia and the Philippines is still a prevalent method of procuring fish and anything else in the vicinity. An even bigger step was taken in May 2004 when the Myanmar authorities also outlawed shark fishing in the area and created a “shark protection zone” between some of the islands.

Trips to the archipelago depart from Kaw Thaung, just west of Ranong, Thailand, and usually run from five to 10 days. Most live-aboard vessels such as ours, the MV Faah Yai , run up the coastline stopping at a number of islands and dive sites on the way. The diverse marine ecosystems offer a multitude of environments including mangroves, shallow inshore islands, fringing reefs, offshore rocky outcrops and pinnacles and sea mounts in deep, clear water.

Visibility varies with the seasons and positions of the dive sites. Closer inshore generally is not as good but some of the offshore spots yield stunning gin-clear water with better than 35 meters of visibility. One small rocky outcrop called Black Rock lies in water that drops down to more than 100 meters deep and often attracts larger pelagic fish such as barracuda, tuna, mackerel and reef sharks to feed in nutrient rich currents. While the sharks didn’t put in an appearance during our visit, the spectacular underwater topography, pristine coral formations, and crystal-clear waters more than made up for it.

Other dive sites include underwater cave systems (one aptly named “Shark Cave”) housing countless crustaceans and even a four-meter nurse shark, which fortunately was sleeping at the time. Coral gardens contain untouched, healthy hard corals and fields of anemones, many of which are home to clownfish. Huge red and yellow sea fans stretch more than two meters in diameter and an explosion of color can be seen from a colossal variety of soft corals, sponges, clams, ascidians, holothurians and sea stars.

A dive after dark reveals another world altogether with coral polyps feeding in the gentle moonlit waters, crabs and lobsters on the prowl, moray eels venturing out of their lairs under the cover of darkness and flamboyant cuttlefish and squid drifting into the blackness. A fantastic display can be seen if lights are extinguished as the bio-phosphorescence is illuminated in the darkness forming large swirling clouds like tiny marine fireflies.

Marine life is equally impressive because of the remoteness of the dive spots and the limited impact of human activity when compared with across the border in Thailand. Moray eels were spotted on almost every dive, massive schools of fusiliers swirl around coral pinnacles and along vertical walls, inquisitive batfish move in for a closer look and even large octopus remain unperturbed by divers. Leopard and whitetip sharks were spotted by some of the divers at depth, but these retained some of their shyness and stayed at bay. Large black rays frequent the area and many spots are popular with mantas, which come in to feed at certain times of the year when the plankton is blooming.

Underwater photographers can also not fail to be impressed with the variety of smaller life – brightly colored nudibranchs, porcelain and decorator crabs, pipefish and seahorses are all on display. Close inspection of any coral head can reveal an entire community of macro marine organisms living in symbiosis.

The islands also offer an array of activities for the non-diver or the adventure naturalist. Kayak and river trips are available, and trekking through virgin forests on uninhabited islands can reveal some of the last jungle cats and other large mammals to be found in Southeast Asia. Huge expanses of mangroves extend for many kilometers inland and form a perfect ecosystem for a wide variety of birds and monkeys.

The Mergui Archipelago represents one of the last natural areas of the world that have yet to be consumed by tourism and development. The natural beauty of the region both above and below the surface is simply stunning, and its fate now lies in the hands of the authorities that manage it and to some extent the people who visit it. The professionalism and environmental awareness of our crew was an admirable example to any operators running trips in this area. We only hope that the area remains in its natural and undeveloped state for many years to come. 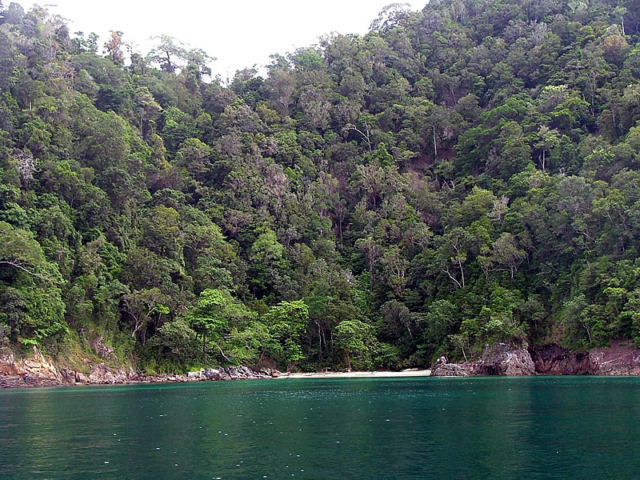 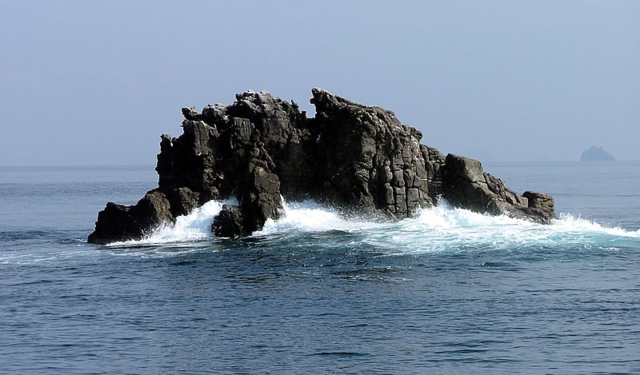 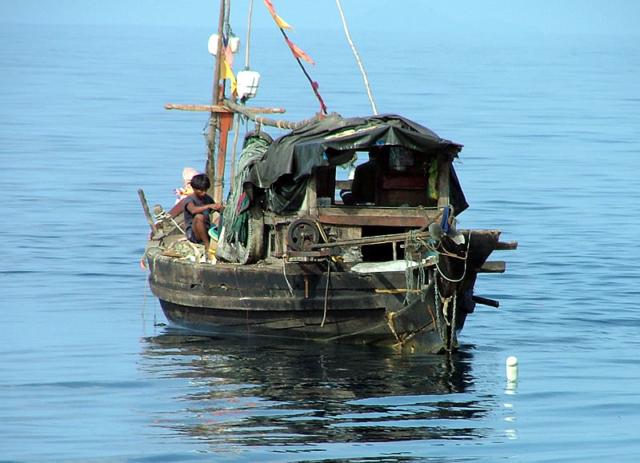 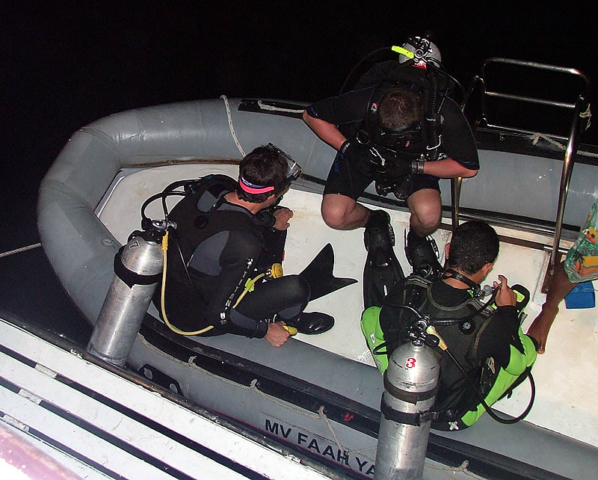 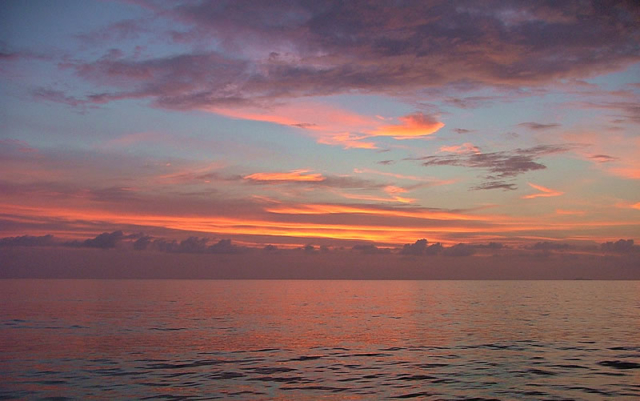 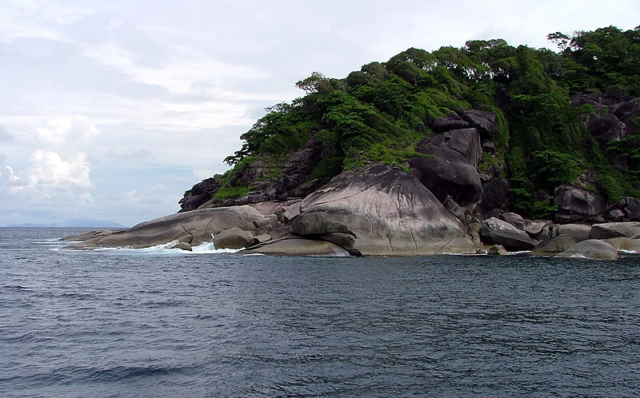 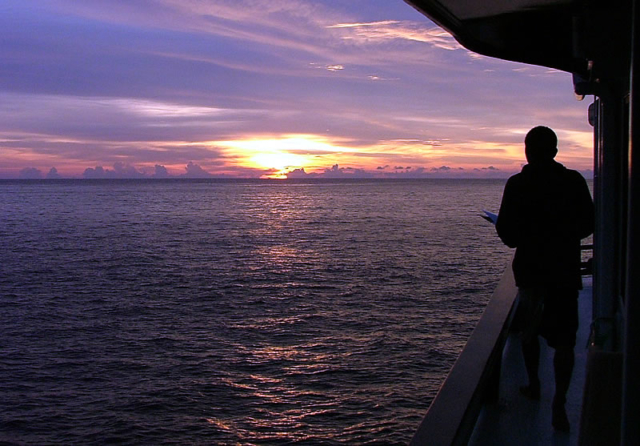 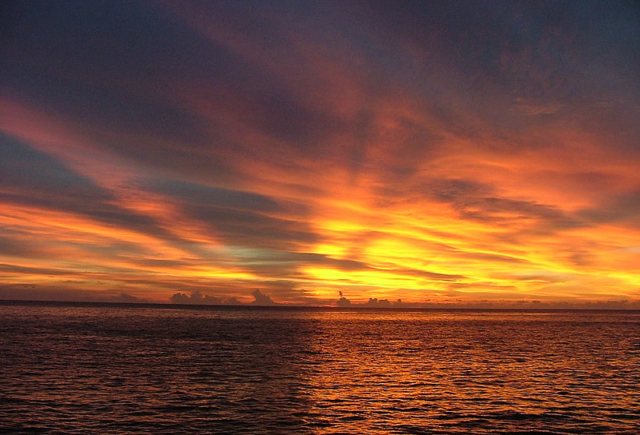 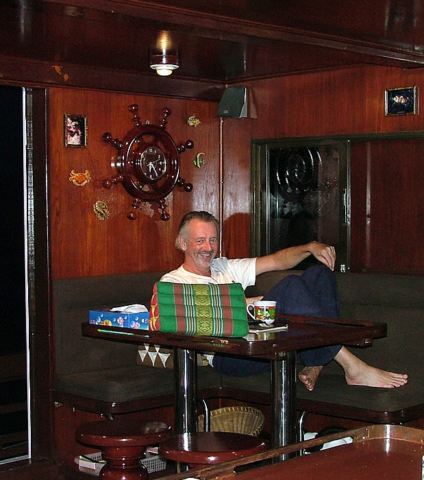 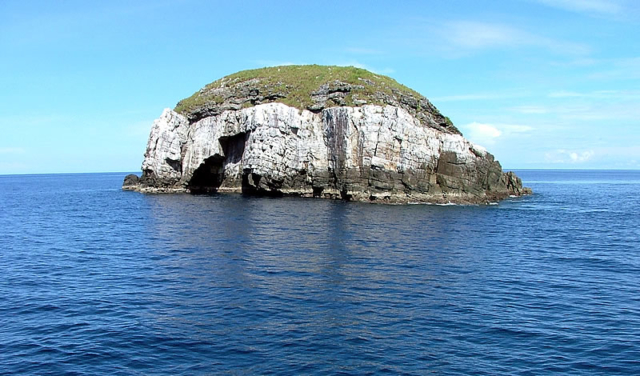 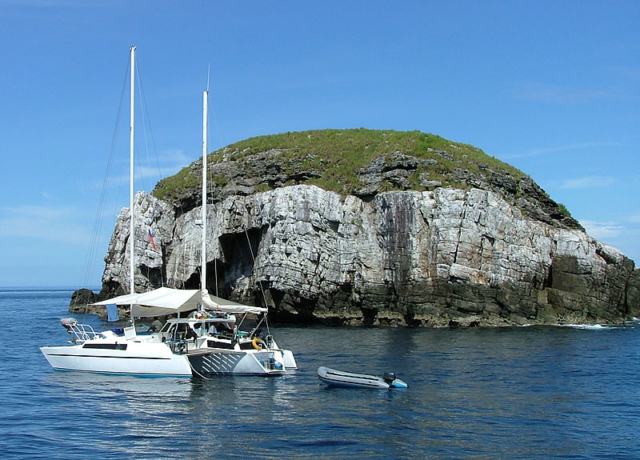 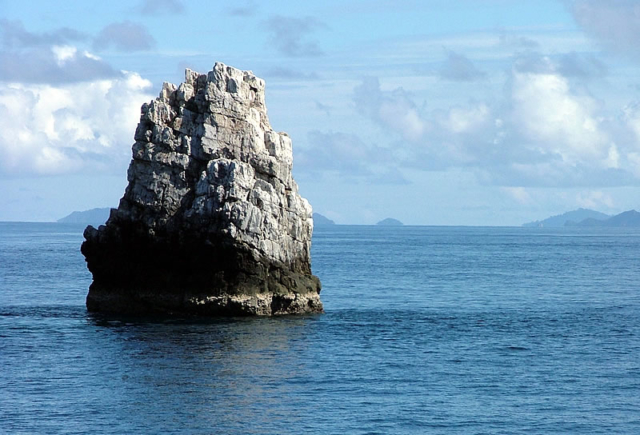 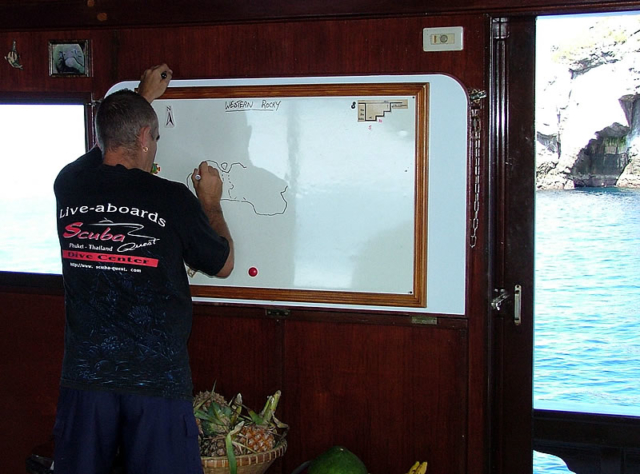 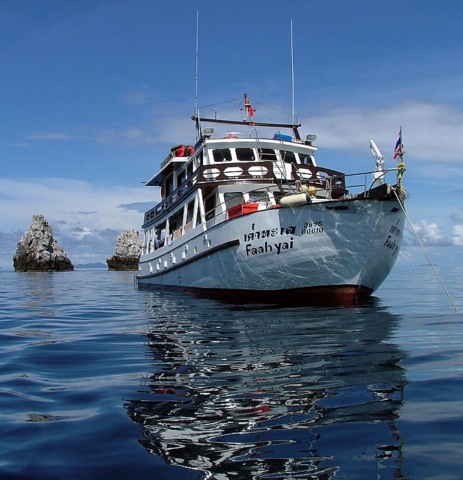 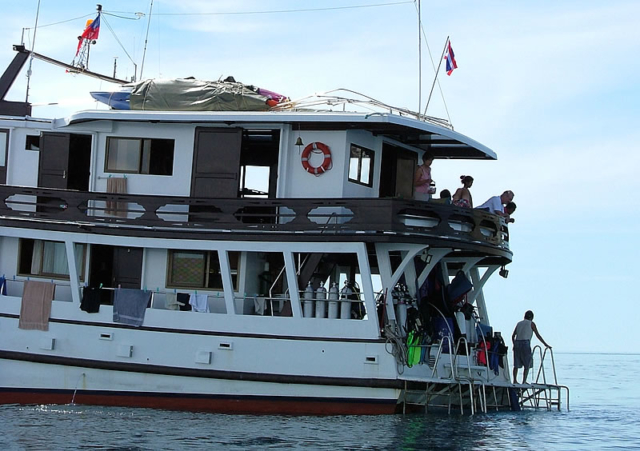 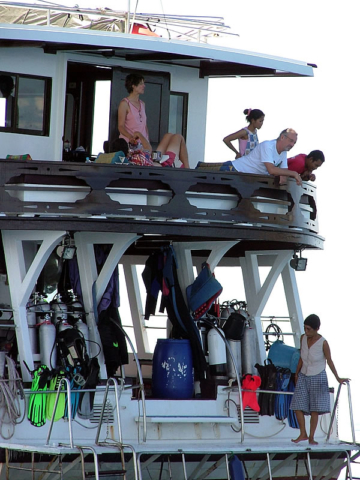 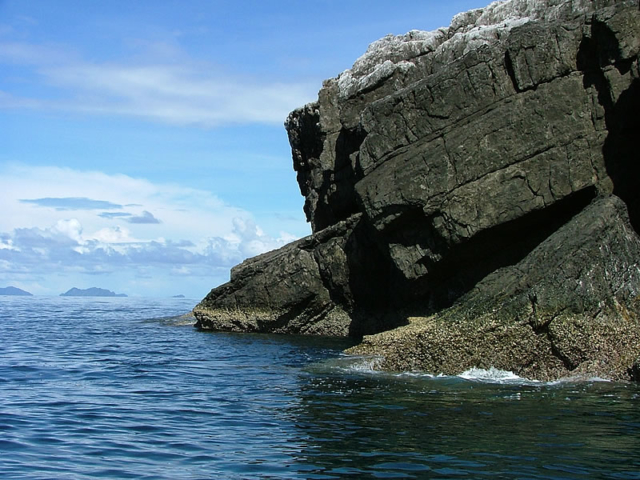 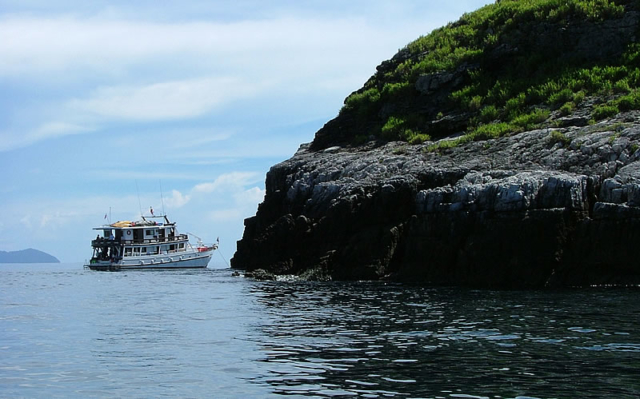 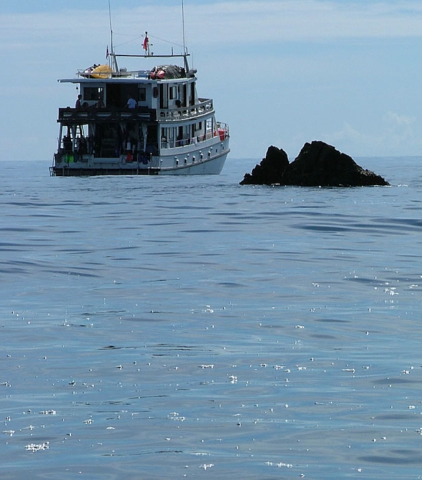 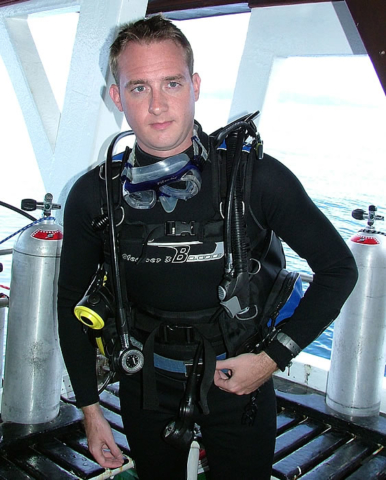 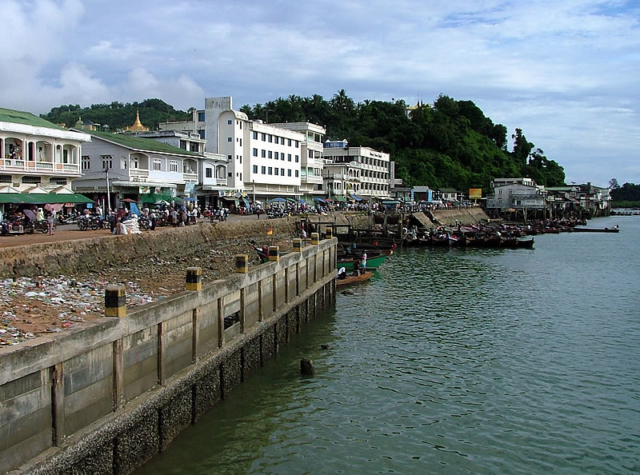 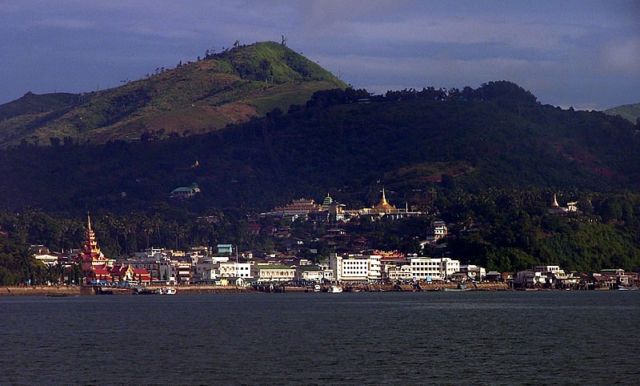 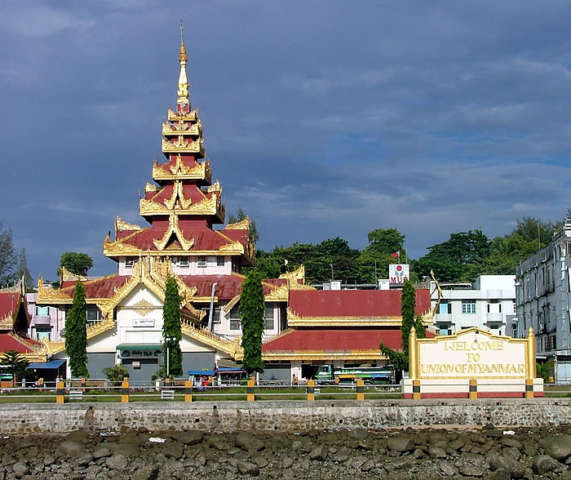