I was hankering to get out on two wheels again and explore some of the hinterland so we hired ourselves a local guide and a couple of choppers and headed west towards the Truong Son Mountains, the border with Laos, and the Ho Chi Minh Trail. The legendary route consisted of several tracks crossing in and out of Laos that served as a supply line for the North Vietnamese Army and Viet Cong from the 17th parallel to the vicinity of Saigon. Today there are winding roads traversing the rugged mountain range which was once the most bombed area in all of recorded warfare.

Departing at 7am we rode out of Hoi An, across the lowlands and rice fields and through rural villages as the mountains loomed ever closer before us. The motorbikes were very light for their size and easy to ride, even amongst the swarms of scooters in the bigger towns we passed through. Our guide, a member of the Danang Easy Riders group, was well versed with the territory so took us on back roads into the mountains stopping off here and there for photo opportunities. As the road began to climb it twisted and turned offering a new vista around every corner. This was the land of the minority hill tribes who spoke different dialect and have different customs to the Vietnamese.

We rode along with the river and visited a picturesque waterfall without another person in sight, lunch was mountain deer and rice, the specialty in the small local hillside restaurant and one of the best meals I’ve had in Vietnam. Time to ride on and we took back roads through tiny villages where the kids would run down the street after us waving. Much of the hillside forests are new trees since American bombers exfoliated the entire area in a failed attempt to destroy the Ho Chi Minh Trail. 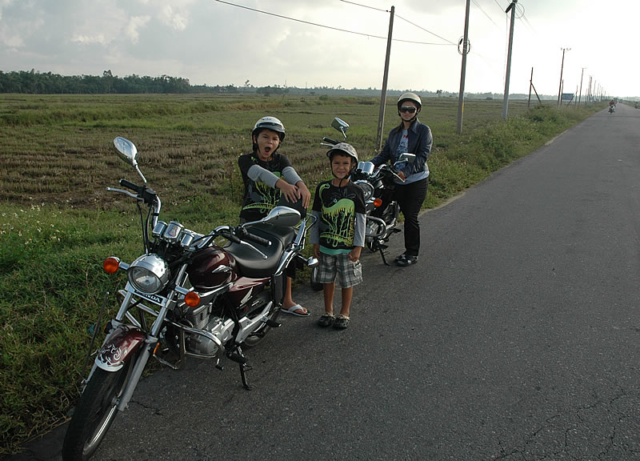 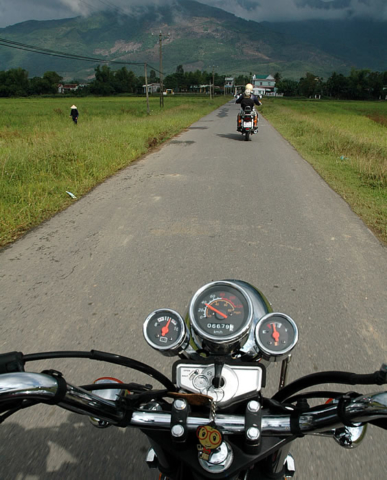 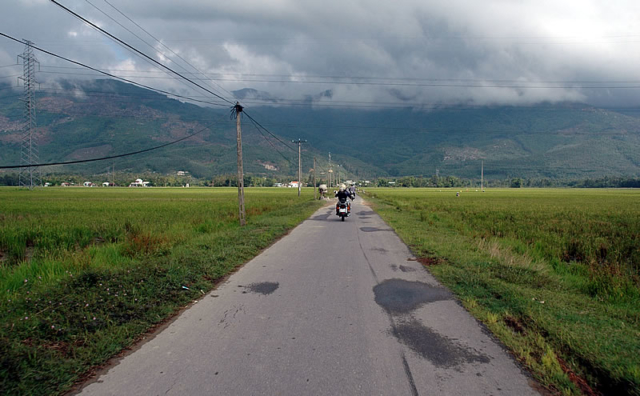 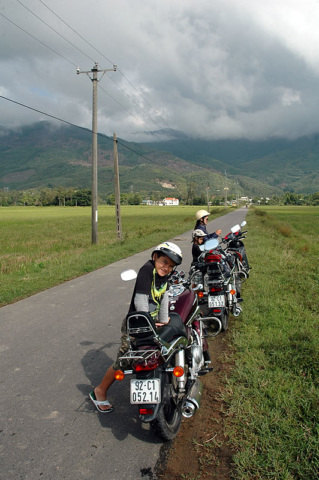 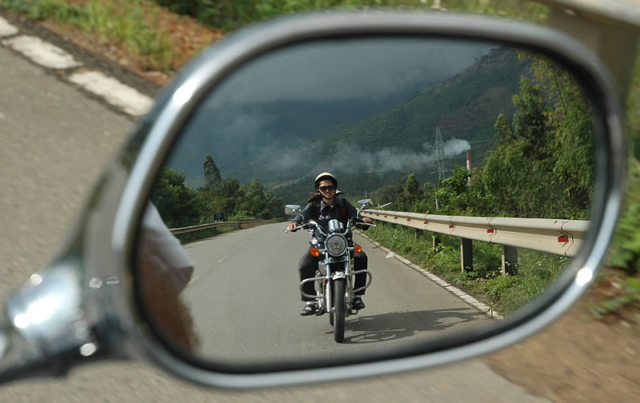 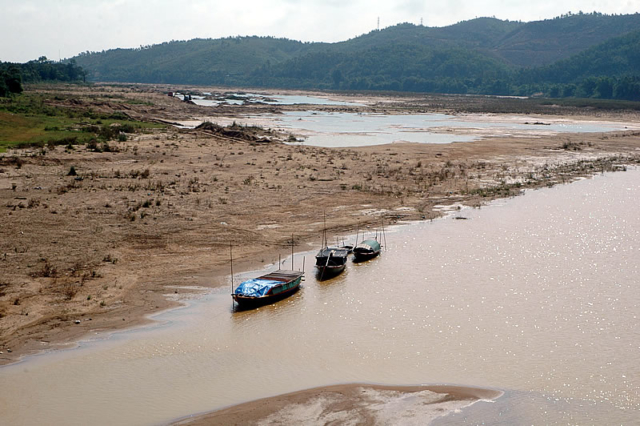 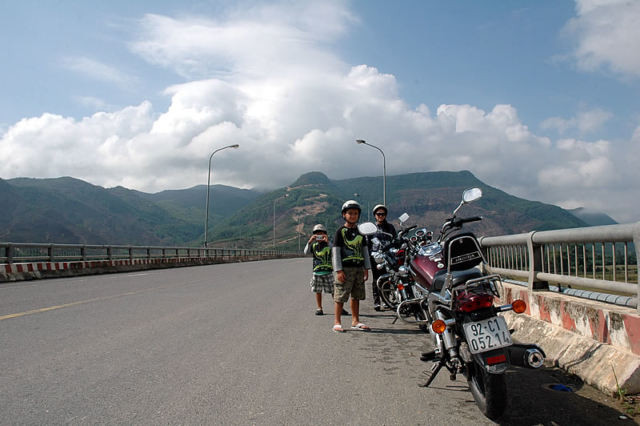 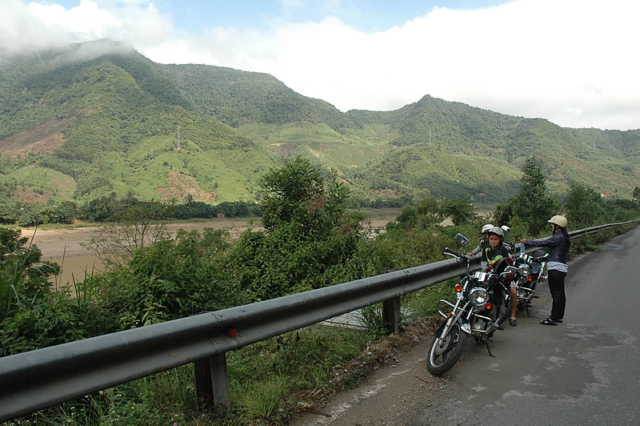 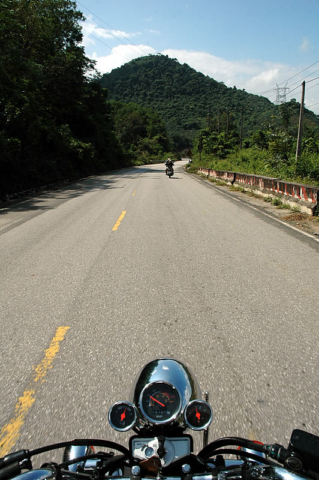 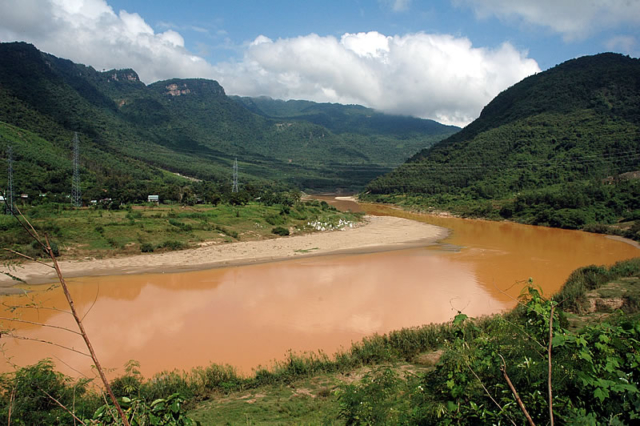 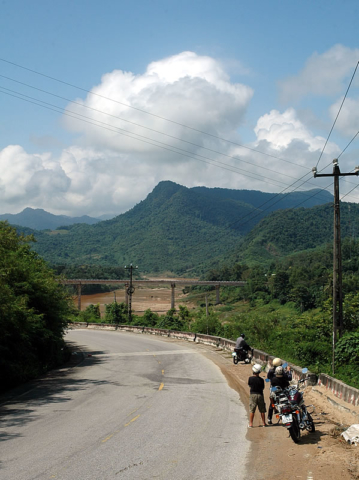 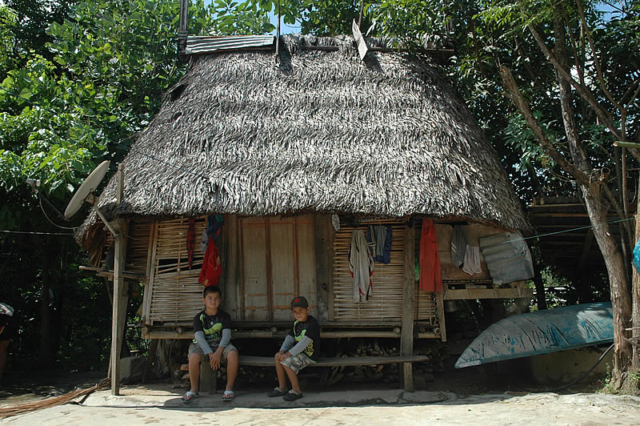 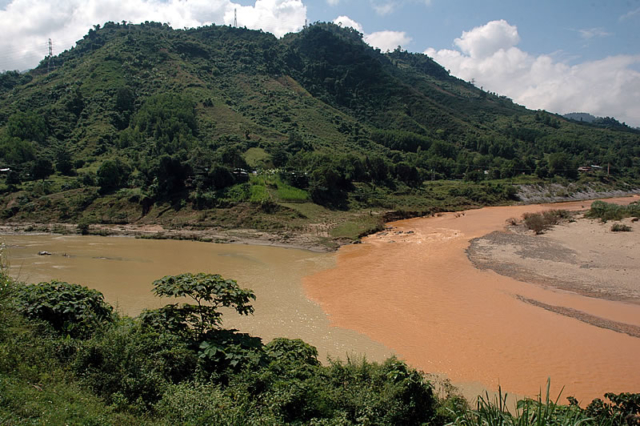 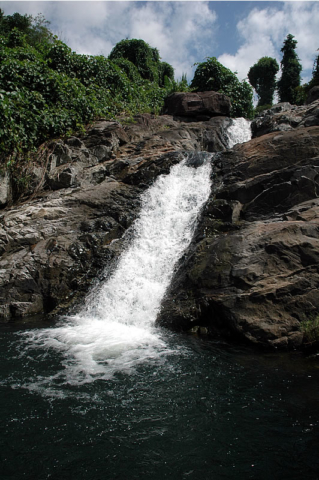 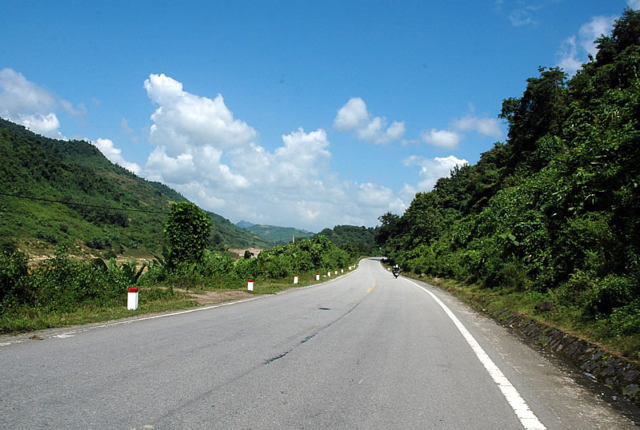 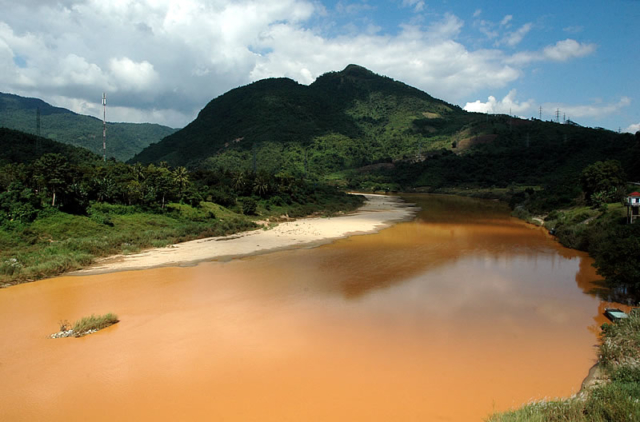 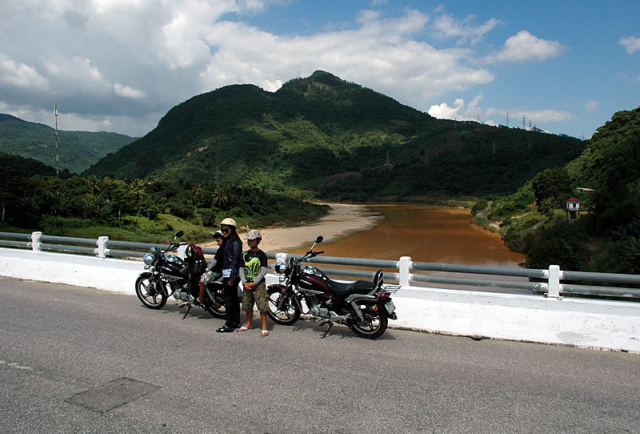 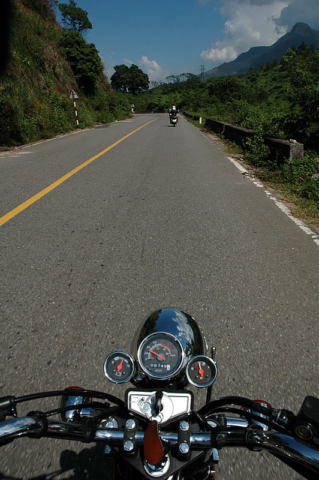 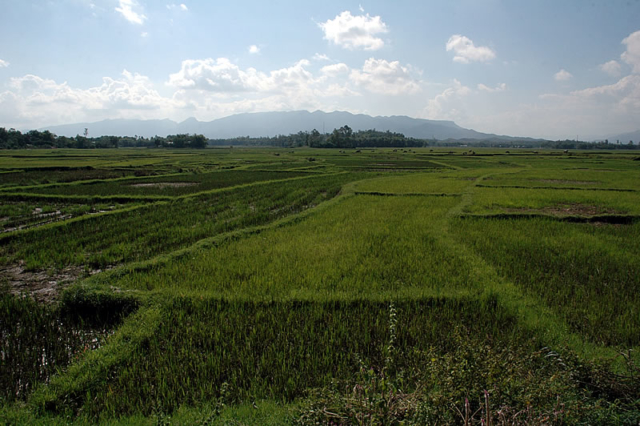 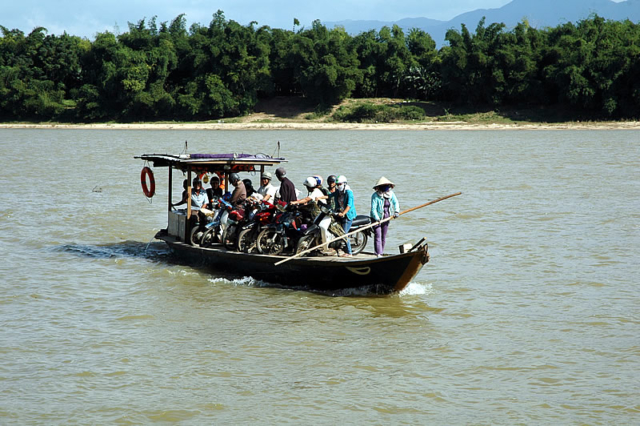 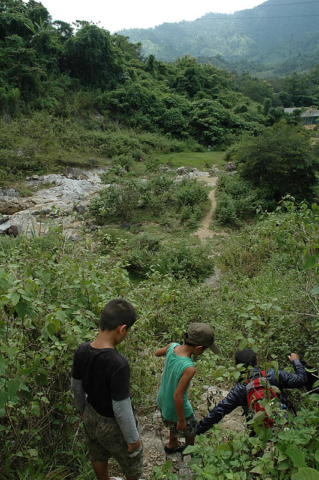 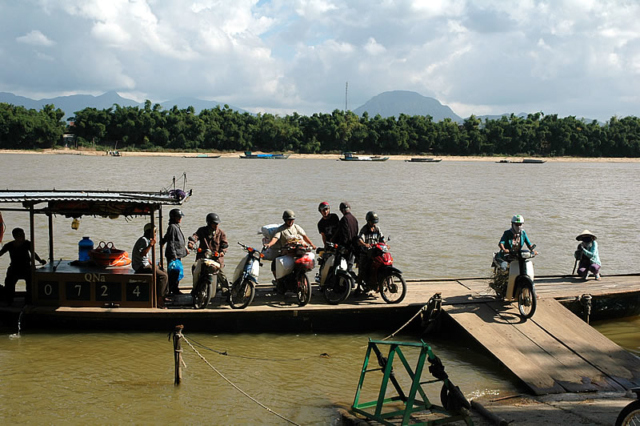 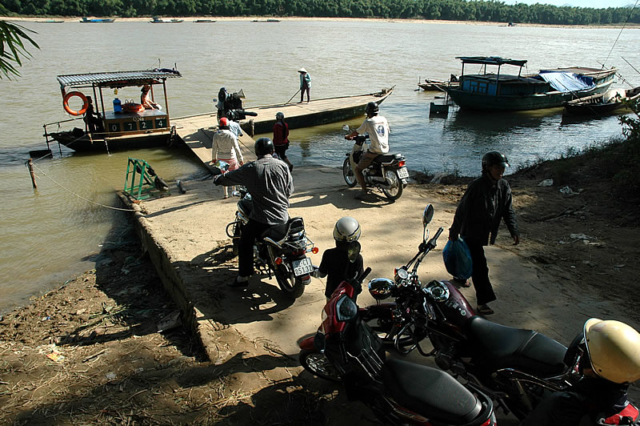 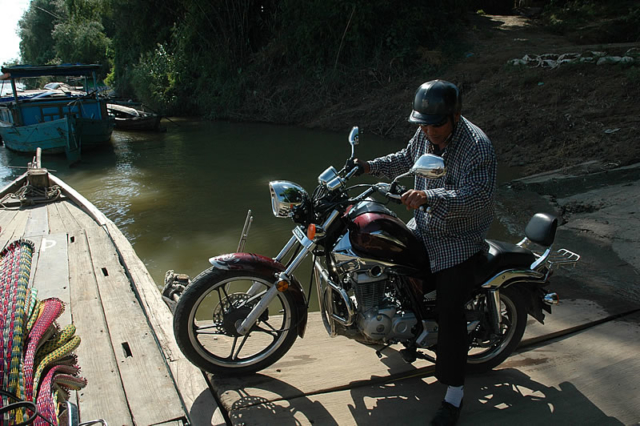 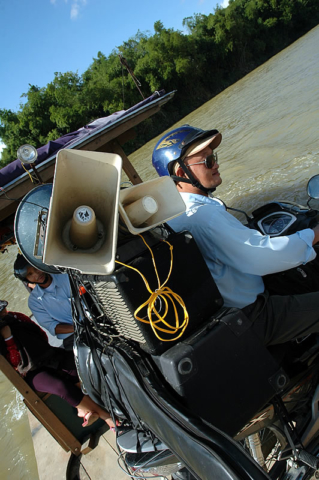 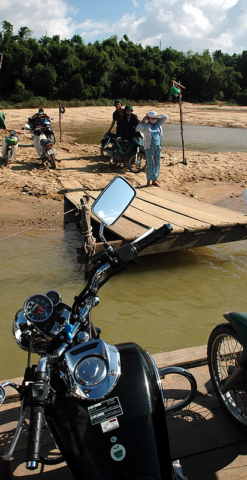 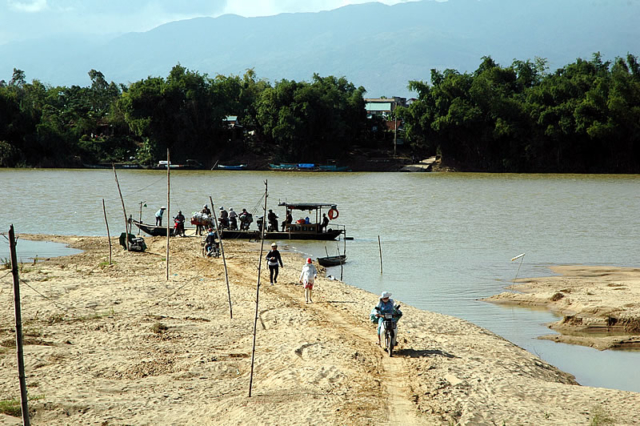 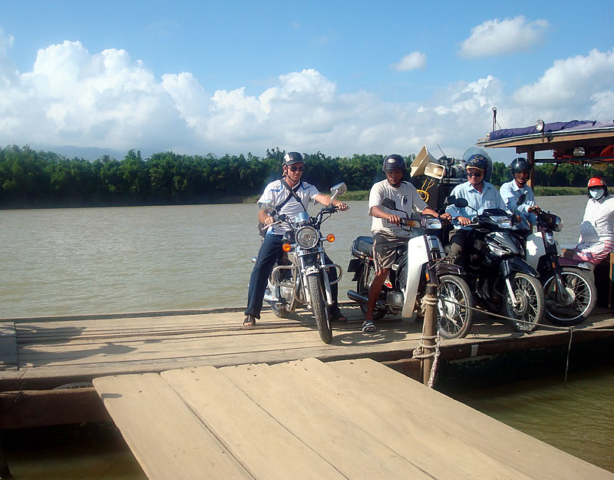