The old taxi trick was our first introduction to Danang upon exiting the station, “meter” was the only word I could muster and we got it for half the quoted price for using one. Not really sure what I expected from Danang but what we actually found was Vietnam’s largest construction site. The beach itself (China Beach to the Americans) is fantastic though huge swathes of it and the land accessing it have been walled off for massive hotel and resort development; it is as if these big name hotels have already made their stamp on the place and its land despite there being nothing here yet. In ten years’ time it will be Phuket.

Our hotel, which we had pretty much to ourselves (Gold Coast Hotel), though nice enough, was too far from anything so renting a bike was the only way to go. Unlike Thailand, foreigners generally don’t ride bikes in Vietnam (they take bike tours with a guide/rider); the roads and traffic is just too scary for most of them, unperturbed (and unwilling to walk) we rode on. I wanted a proper bike but all they had were automatics at ten dollars per day, there are literally millions of them in the Nam and very few real bikes outside of the big cities.

Danang and its wide boulevards is awash with coffee shops and little beer places but finding somewhere decent to eat was surprisingly difficult, we rode around the city (fourth largest in Vietnam) looking for somewhere that wasn’t touristy (ie not in the Lonely Planet). Unlike the Thais (who eat constantly throughout the day) it seems that the Vietnamese only come out to eat in the evening so finding some local grub mid-afternoon can be a challenge.

By this time the mrs was getting to grips with the numbers in Vietnamese as she was starting to get peeved with being ripped off at every opportunity … two bucks for a small bottle of water is taking the piss in any Asian country. Being an hardened alien myself I just expected it and set aside a “fleece float” for such purposes. It makes you consider how much you take for granted living in Thailand and speaking the language, we were back to ground zero here, the stereotypical dumb-ass tourists!

I imagine if you spend some time in Vietnam, learn a bit of the language, and know the real prices for everything you won’t be paying over the odds all the time – we only had 16 days so it wasn’t a practical option. Nothing is labelled (purposely) so we had no idea what the cost was. Guessing how much over we were going to pay for our bowl of Pho at each new place became an amusing game, Da even got quoted three dollars baht for a mango!

Marble Mountains
The marble mountains are one of Danang’s major tourist attractions and attract tourists they do. We rode there ourselves in the morning to beat the crowds; the area consists of five craggy marble outcrops with caves, pagodas, viewpoints, temples and a number of Hindu, Buddhist and Confucian shrines. A good 2 hours were spent exploring the place before the hordes of Chinese on tour buses turned up and flooded it with their camera phones and incessant jabbering. It was time to grab a couple of Larue beers at the local stand and head to the beach for a surf. 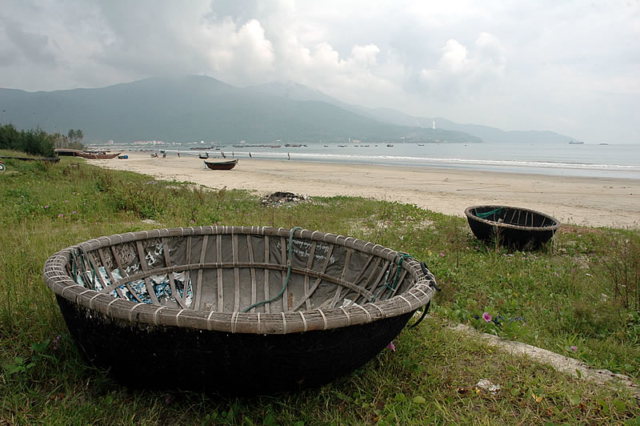 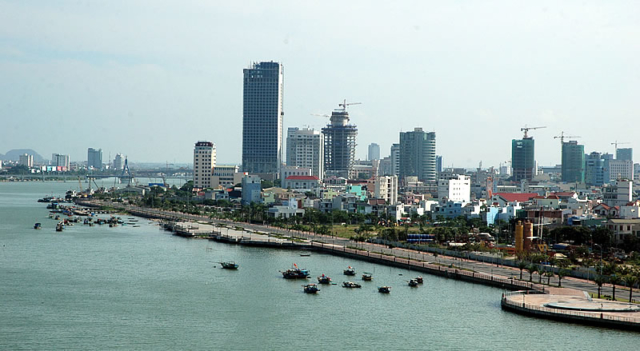 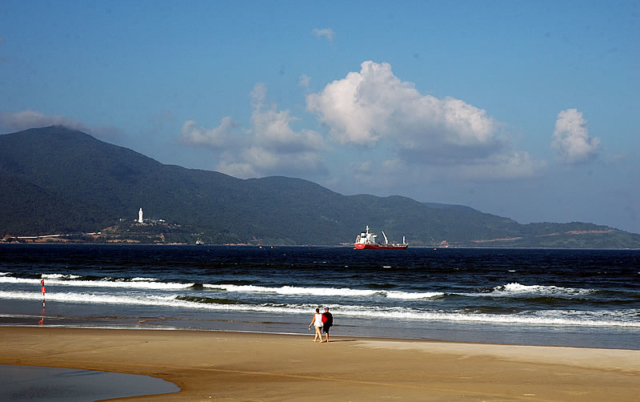 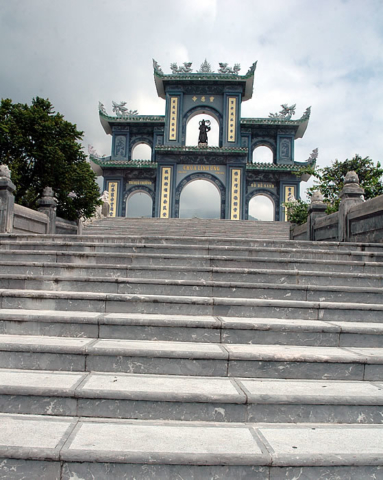 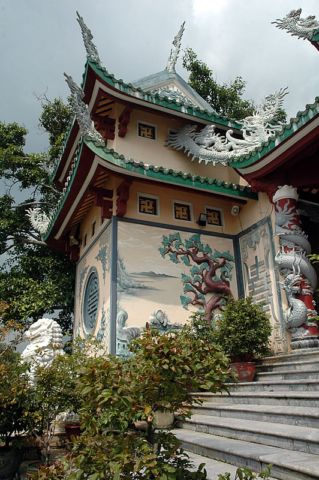 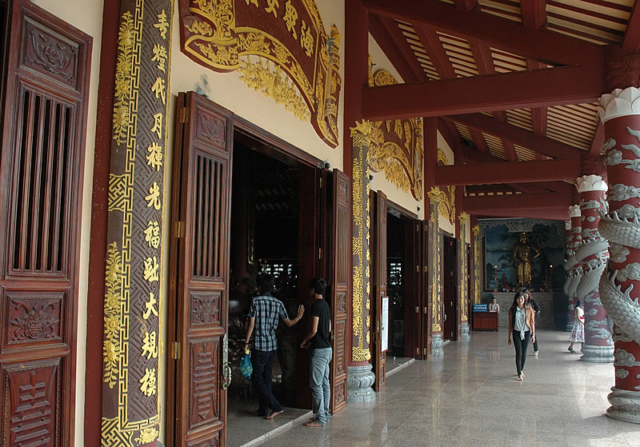 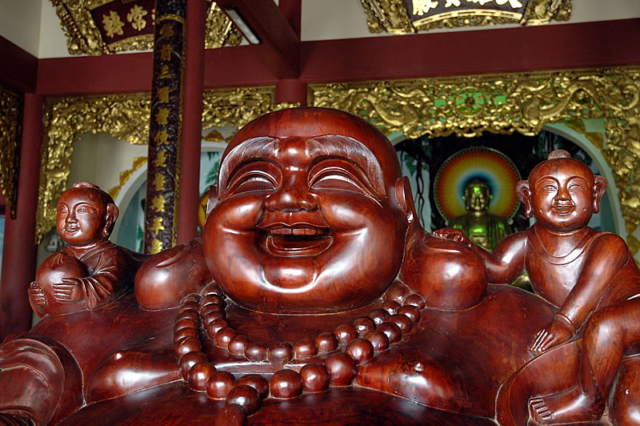 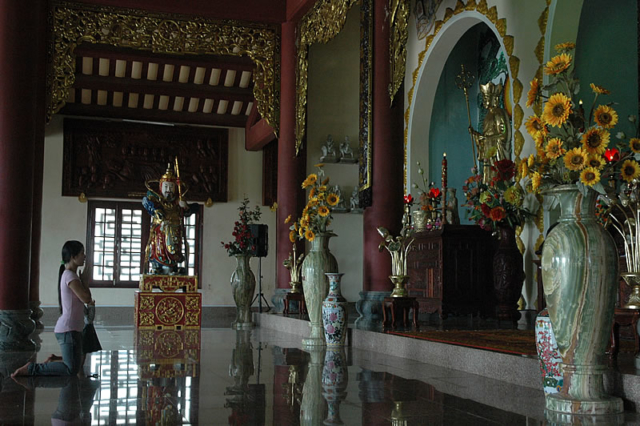 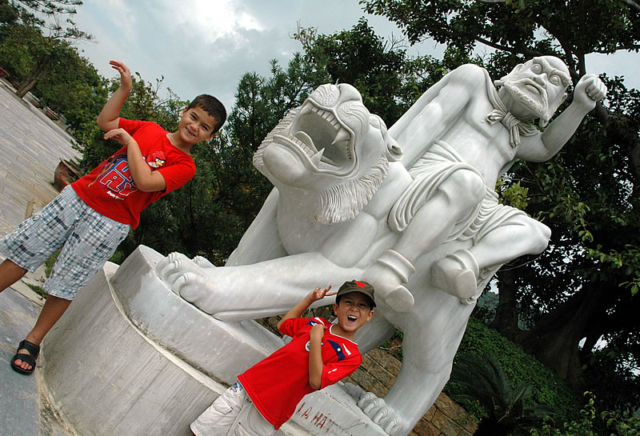 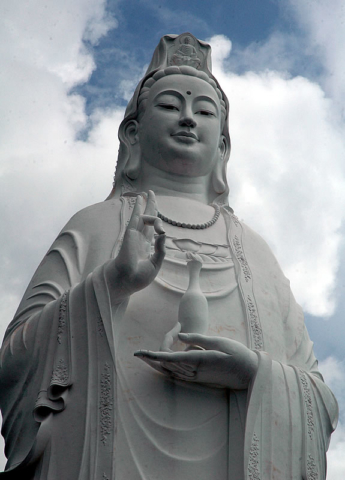 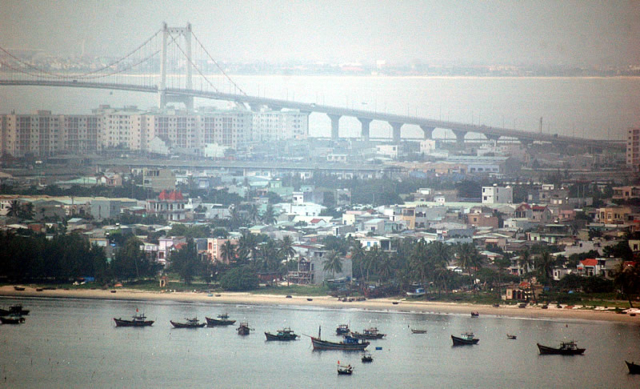 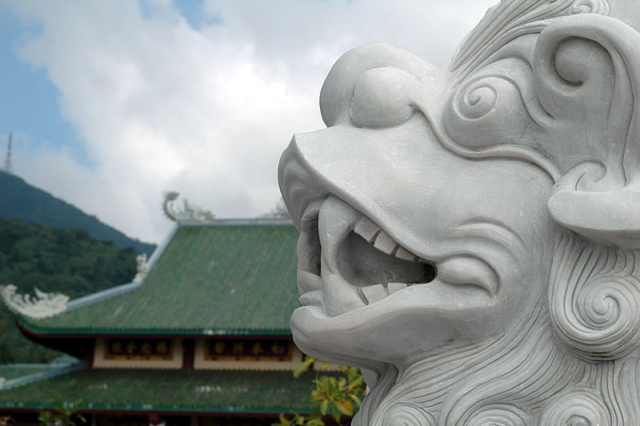 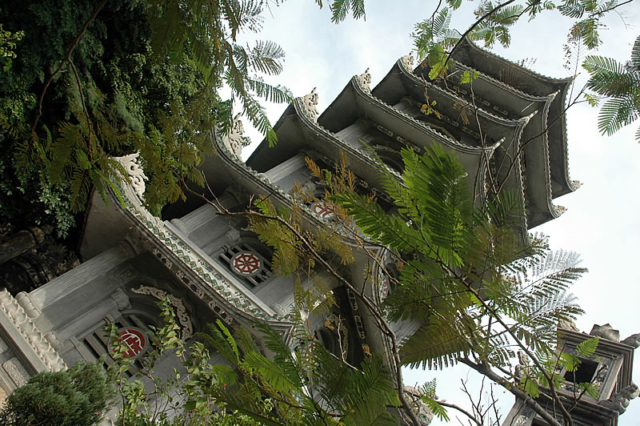 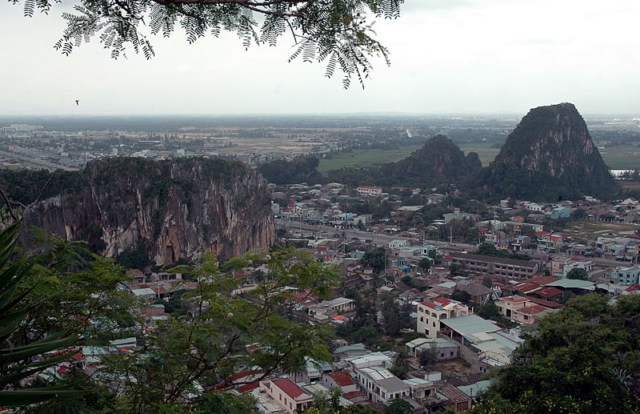 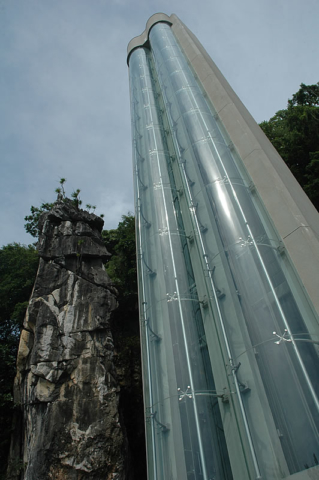 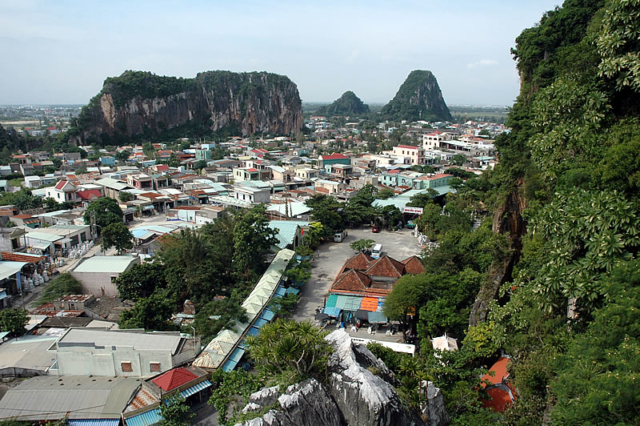 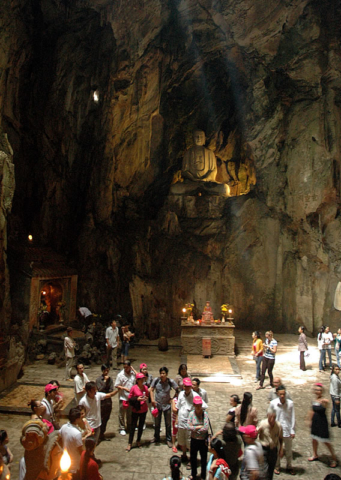 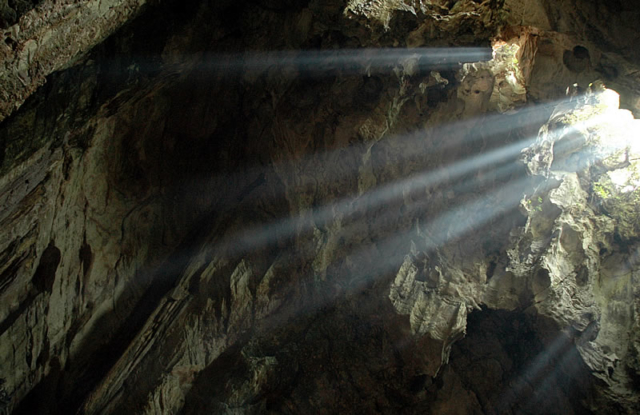 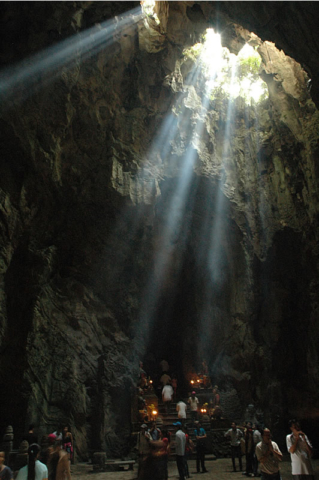 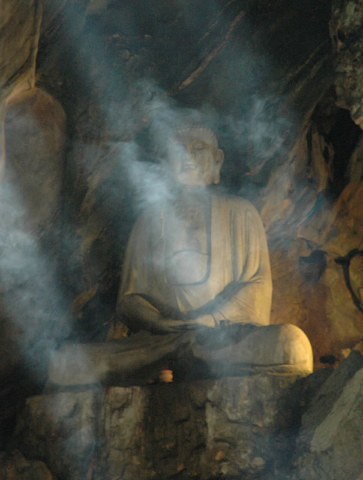 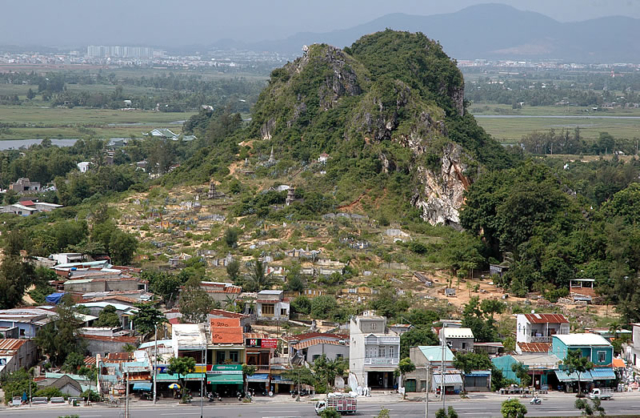 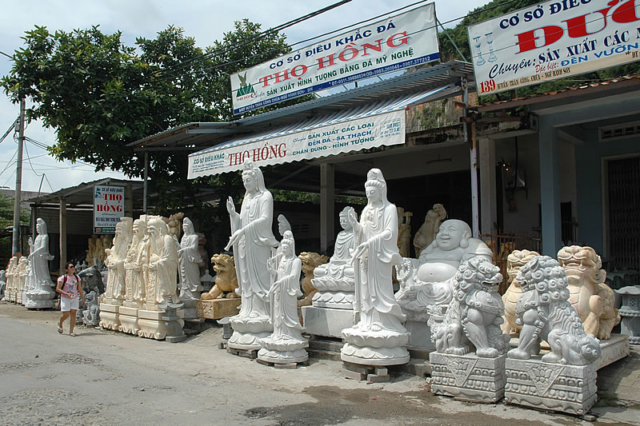 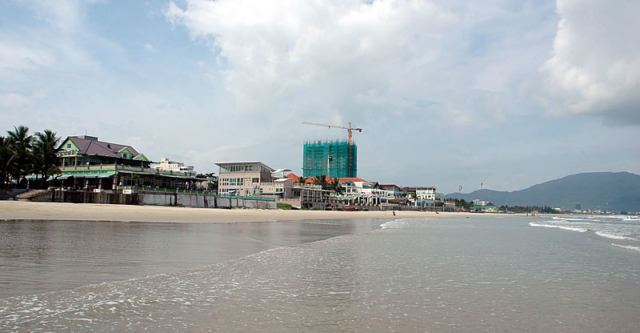 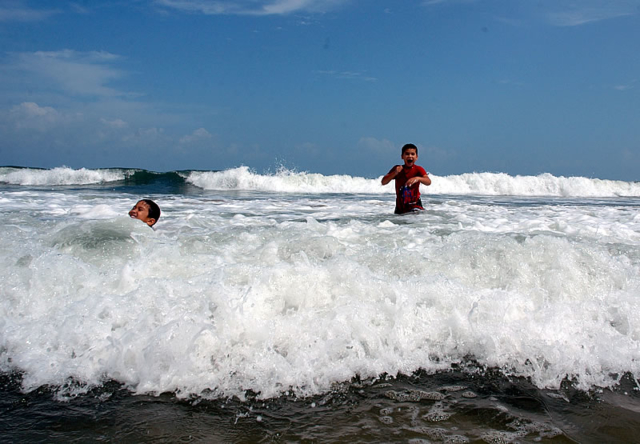 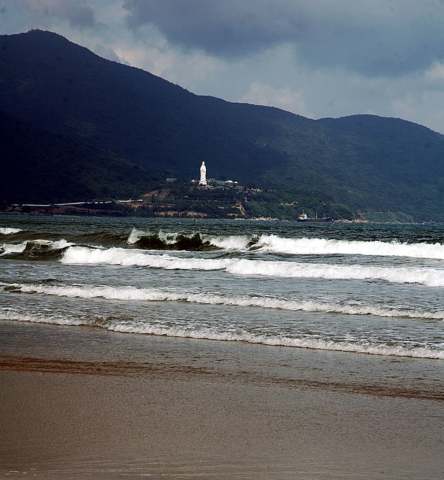 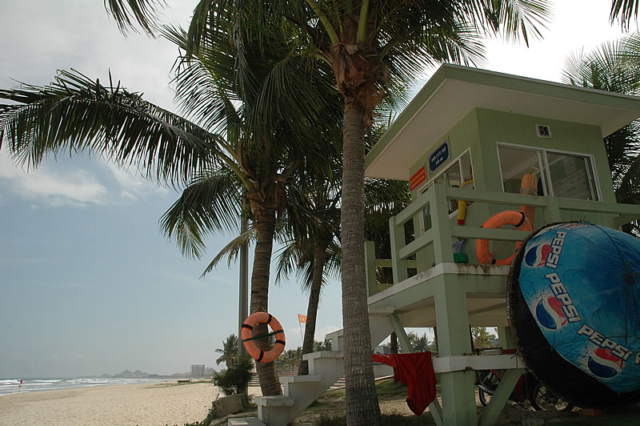 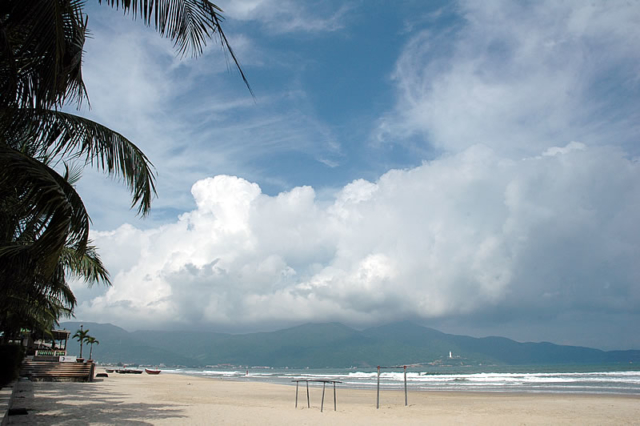 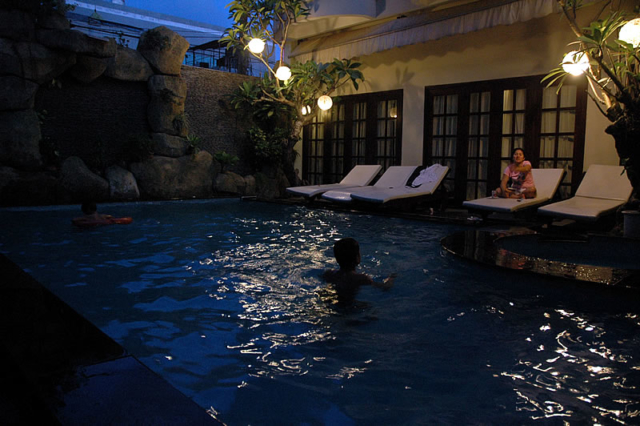