On The Road Asia > Thailand > Thailand, Kanchanaburi and beyond

Thailand, Kanchanaburi and beyond 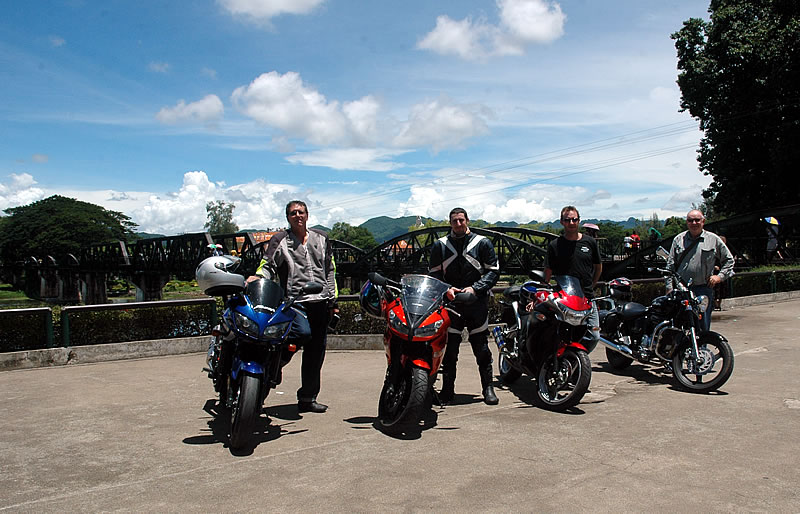 Clear skies greeted us on Independence Day and the ride north looked promising, it was time for some of our own emancipation and a few days on the road – destination Kanchanaburi.

We picked up another rider in Cha-am, downed a quick coffee, consulted GPS units and set out, trying to avoid the main highway wherever possible.

The avoidance didn’t last long as the GPS sent us into dirt track territory pretty quickly. A shrug of the shoulders and sheepish grin from the ninja navigator, and we were back on route 4.

First stop was at Ratchaburi, and then it was on to the dreaded traffic light laden 323 west towards Kan. Grey threatening clouds were hanging low in the sky and we just wanted to get there and crack open a cold one so we motored on.

The 323 is the main route from Bangkok to Kanchanaburi so naturally we were tousling with lunatics in minivans driving like it was their last day on Earth. Clearly efforts to slow them down or reduce minivan accidents have been totally futile.

We rolled in early afternoon and checked in at a guesthouse (Tamarind) right on the river at the bargain price of 350 baht per night. It had been a fair few years since I’d been to Kanchanaburi and the development on the river-front road was astounding. Bars, restaurants, hotels, tour agents, bike shops, Tesco stores, 7-Elevens, and hordes of backpackers now populated what was once a quiet little strip. This place is busy all year round.

We ate most of the time at the neighbouring Jolly Frog, a mecca for Lonely Planet toting backpackers. The food was some of the best and cheapest I’ve had in Thailand, rock bottom prices, huge selection, and good service – a very professional setup.

It was time to explore the hinterlands so we headed out towards the Bridge for the token photos then northwest towards Sai Yok. This time we did avoid the 323 and took the back roads through some stunning scenery; 360 degree rolling hills, winding rivers, solemn cemeteries, and rich agricultural farmlands. We eventually found the road that was to link up with the Myanmar border and new road to the Dawei deep water port. Unfortunately it was still being constructed so turned into a sandstorm every time some loon in a pickup went past at 110kph.

We were aiming for the border crossing to see if we could get over. After a few wrong turns, and a few nice twisties we started the climb into the hills and through tiny border villages. Dark heavy clouds shrouded the hills and I knew rain was on the way. We finally reached what we presumed was the border and the road simply ceased to be and turned into a dirt track, I wasn’t expecting Tijuana but at least a little more activity than at this scenic little spot.

The return to Kanchanaburi was a wet one, no matter what gear you have on, the ride no longer remains fun when your balls get wet!

The next couple of days were spent cruising about, relaxing by the river, and sampling the nightlife. Unlike other popular Thai tourist spots Kanchanaburi doesn’t seem to have any enforced closing times so you can literally party all night long. There were a few good music bars such as the Reggae Bar and an old country and western type place. Drinks were significantly cheaper than elsewhere in the Kingdom, as was food and accommodation – probably because it is more of a backpacker town.

The return ride took us down the back roads and through the lowlands, cutting the corner and depositing us in Ratchaburi. From there it was a short blast, avoiding the tailgating idiots in Fortunas, down Petchkasem Road to Petchaburi where we turned off and took the very scenic coastal road to Cha-am. The sky was again a dull gunboat metallic grey and the roads wet so we decided on a night there before making the journey south the following day.

A rain-free ride rounded off the journey, with a little stop at the new Kawasaki dealership in Kuiburi to test ride a couple of their machines, it was into Bangsaphan early afternoon. 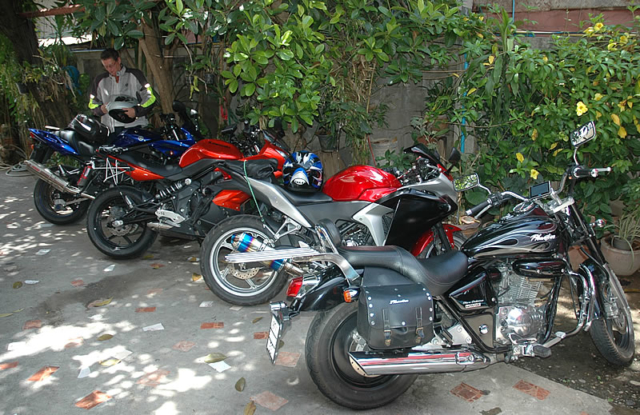 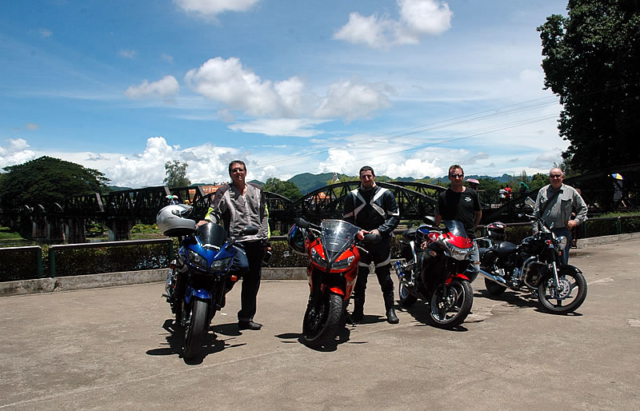 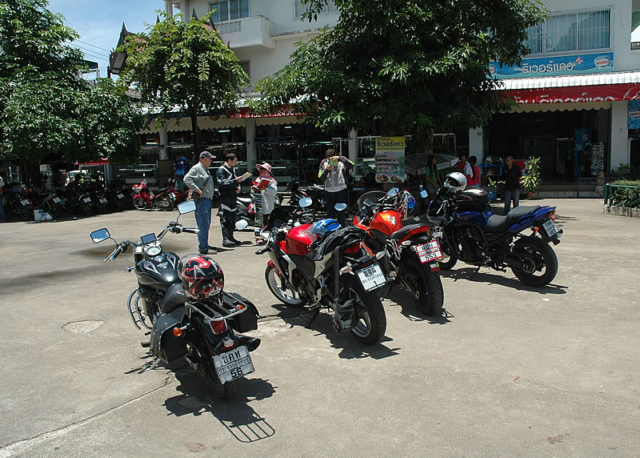 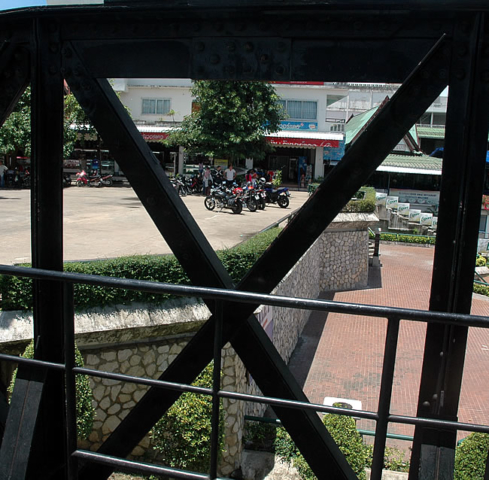 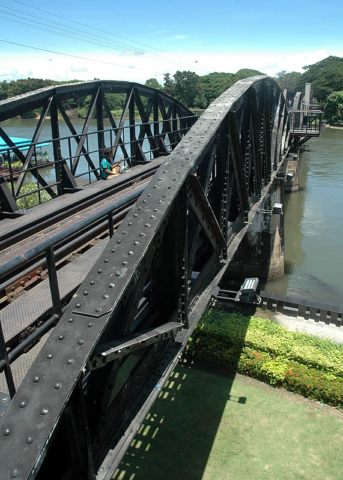 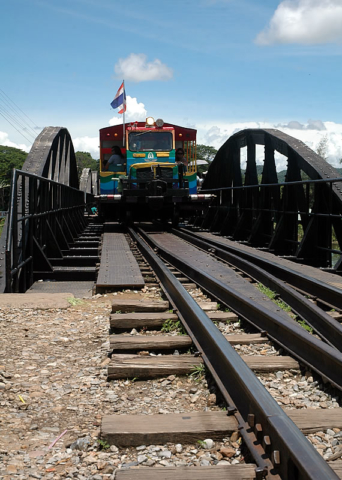 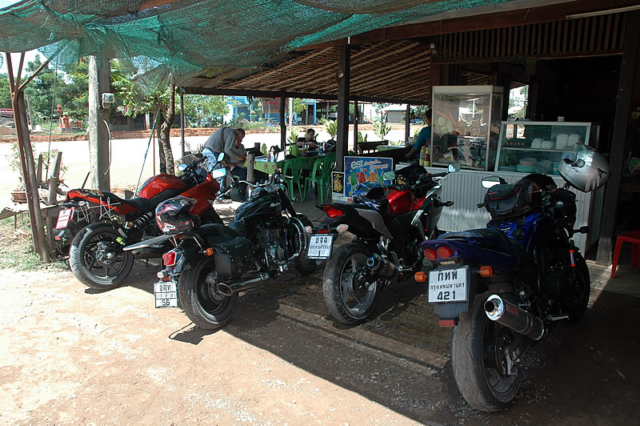 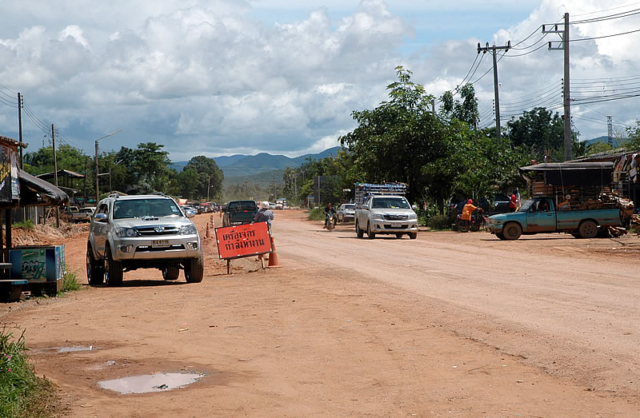 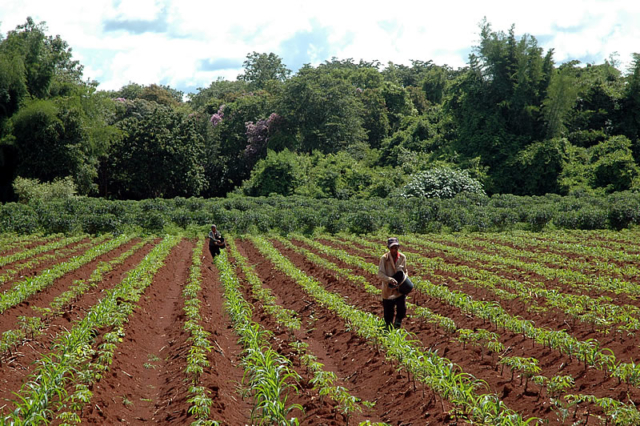 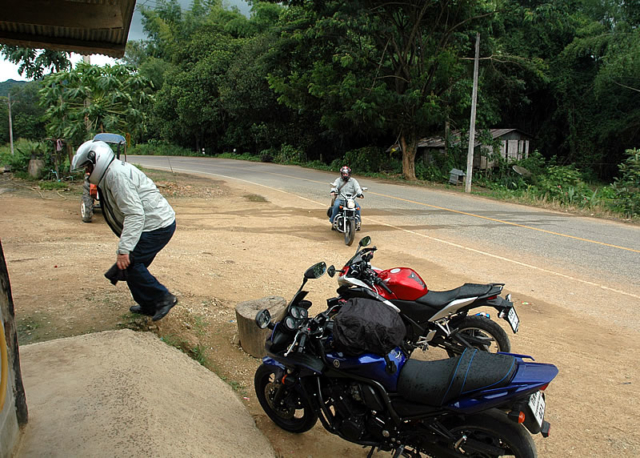 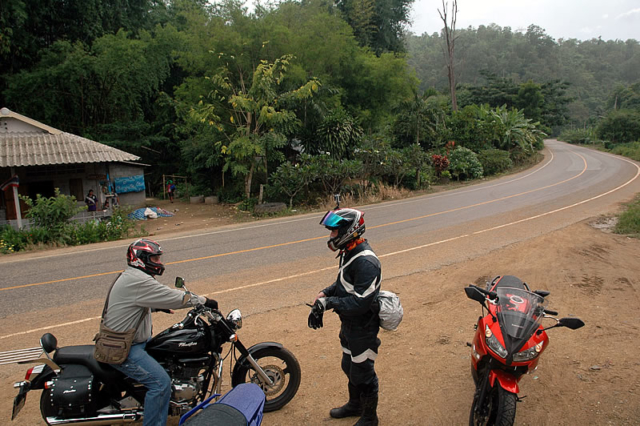 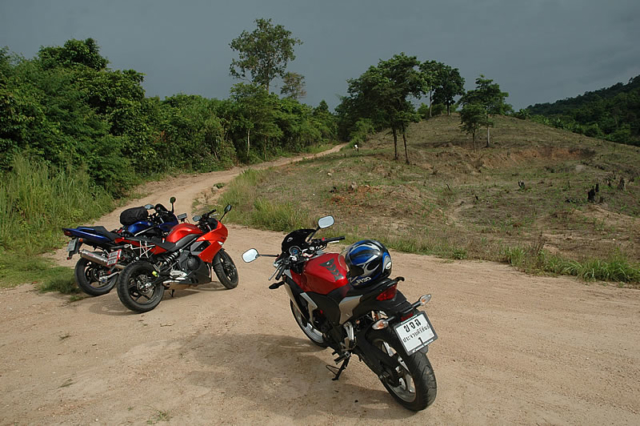 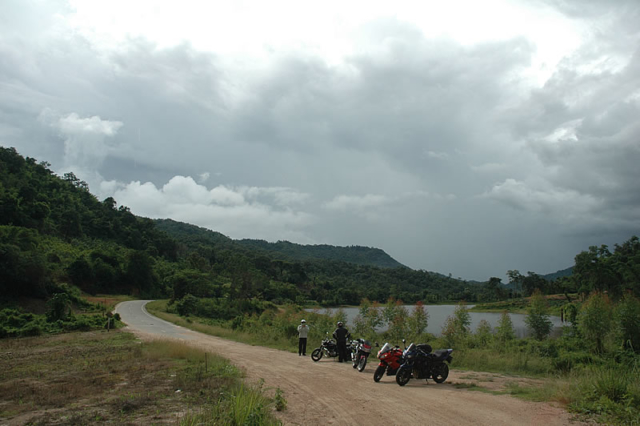 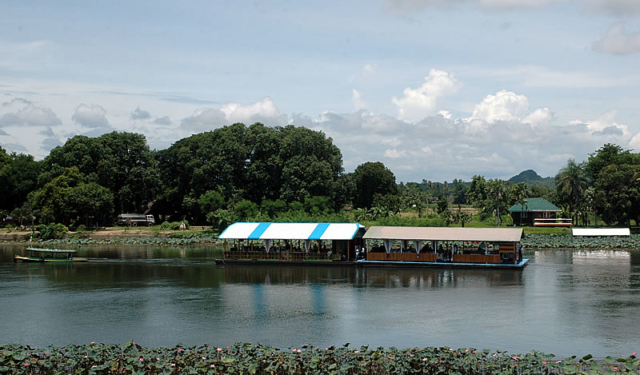 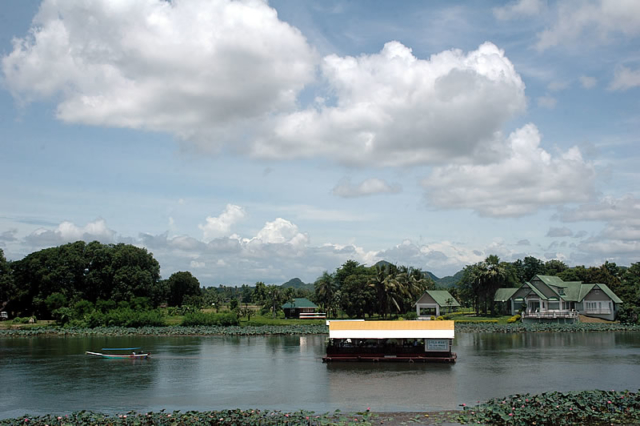 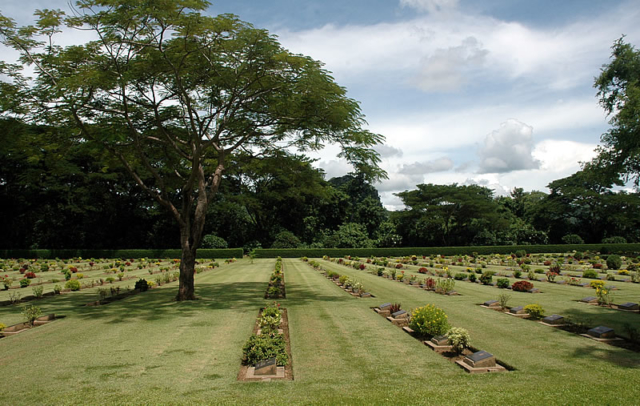 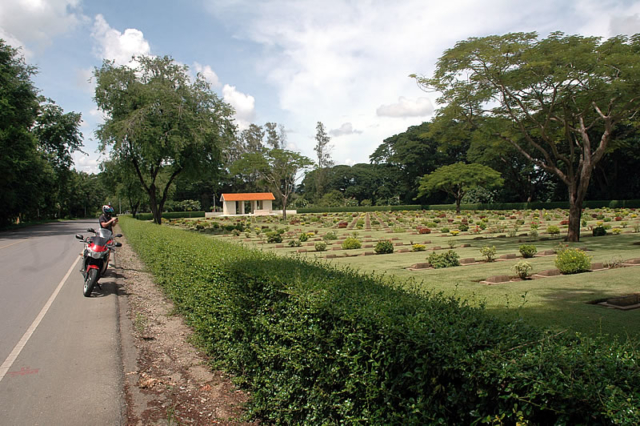 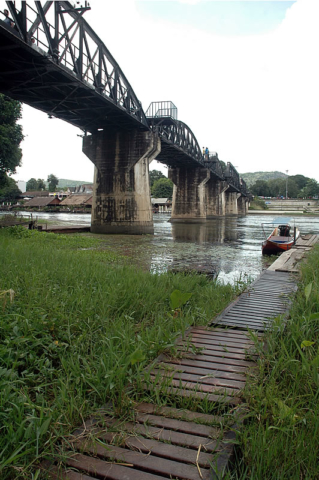 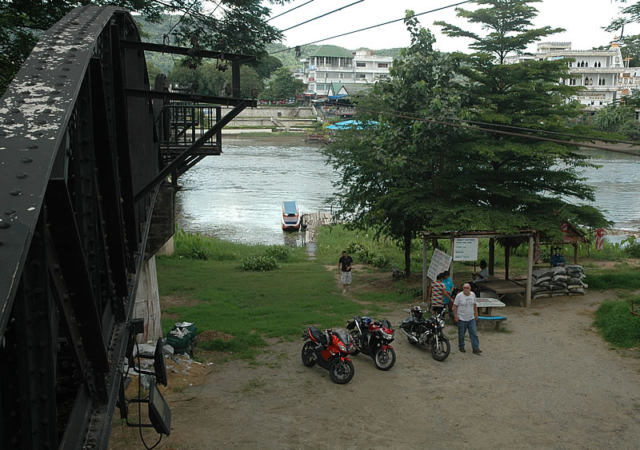 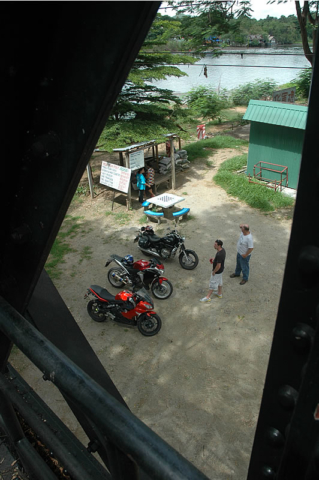 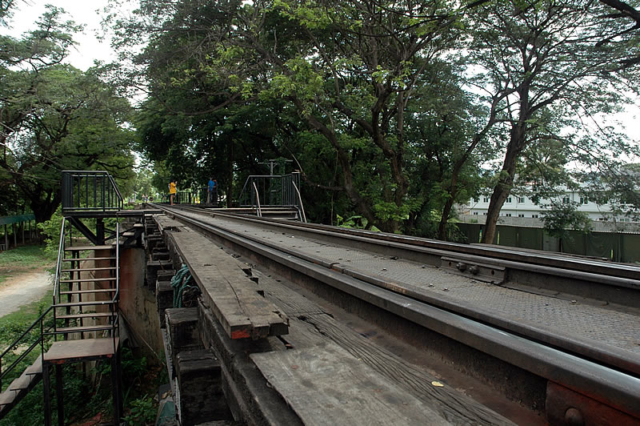 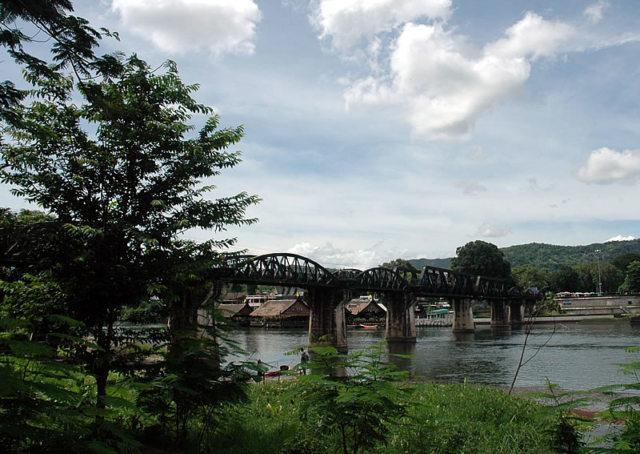 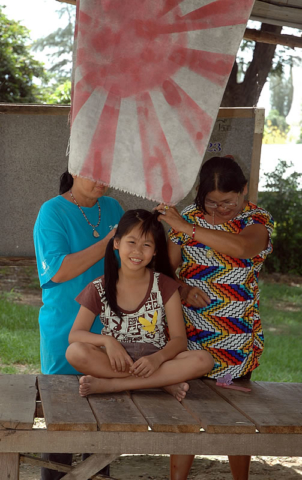