I had been told that the border crossing between Aranya Prathet in Thailand and Poipet in Cambodia had only been open to foreigners for a couple of months and was often closed again due to remnant Khmer Rouge activity in the area.

Needless to say I wanted to cross it to have a look and get to the temples of Angkor before the hordes of tourists do. In 1999 there was a dusty strip of bombed out dirt linking Poipet to Siem Reap, today it is a highway and they even have an airport there.

Following some time consuming visa and passport scrutiny at immigration I was through and in search of transport – the only mode being an aging pickup truck that would take 12 hours to cover the 130 or so kilometers. Wondering how it could be as slow as 10 kph I clambered in with a few other travellers and we were on the road.

A bone crunching three hours later we arrived at Sisophon, a dusty nondescript market town where we were set upon by groups of kids selling Pepsi, trinkets, snacks, songs and huge blocks of marijuana.

According to the driver that was the good bit of road and worse was to come. He was not wrong, hours of bomb craters, off road mine evasion and river crossings with no bridges made the going slow. Old men would come out of huts with lengths of wood and AK47s asking for a few dollars to cross their bridge – which they were about to build for us!

They say that the harder something is to get to the more you appreciate it – this is definitely the case with Angkor Wat and, unlike today, there were very few tourists so you could literally get lost and be alone in this epic place. Most of the others at the complex were monks and local children eager to offer a bit of history about the temple you were at for a dollar.

After a few days exploring the ancient city and imagining life during its prime a thousand years ago it was time to head south via the Tonle Sap lake and water village that looked like it belonged in the fifteenth century (and probably did). Our boat was designed to carry 25 passengers, there were 40 locals onboard along with produce of all description and even some livestock which had a jolt when we ran over some fishing nets and took the propeller off. Needless to say it was a long day and very cramped which made it difficult to enjoy the journey across the huge lake, down the river and into Phnom Penh.

In the late 90’s Phnom Penh was an edgy place with an old west town feel to it, sporadic violence still occurred so I was advised not to go out after dark without a guide who turned out to be a moto-driver that would simply wait for you wherever you went. A visit to Toul Sleng (S21 torture prison) and the Killing Fields at Choeung Ek left me feeling a little empty inside, it is as if life itself avoids these places following the atrocities committed there, not a bird or insect to be found and it felt cold despite the 40 degree heat that day.

It was time to head to the coast and Sihanoukville on the only paved strip of highway I had seen in Cambodia. There were two restaurants in this beach town which today is almost a mirror of those raucous resort towns found in Thailand. Another cramped boat journey took me to Koh Kong and then to the tiny border crossing which was about to close along with my journey through Cambodia.

Unfortunately all of my photos were shot with a Pentax MZ-50 film flavoured SLR and the 14 year old negatives did not convert so well so apologies for the quality. 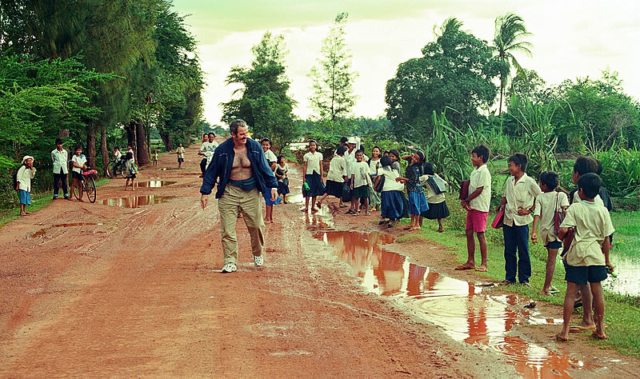 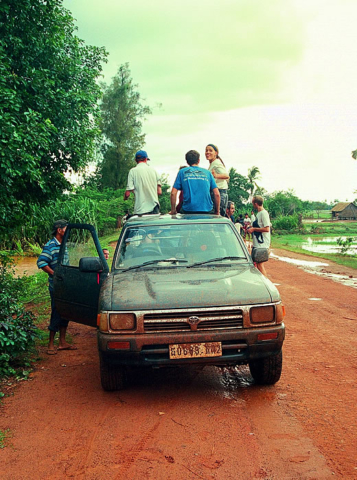 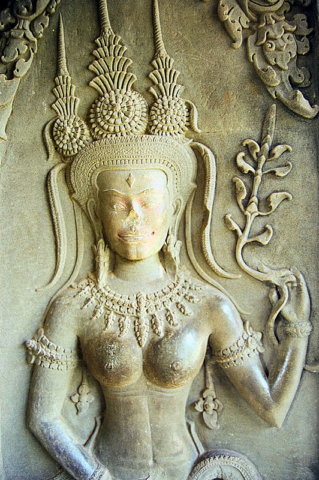 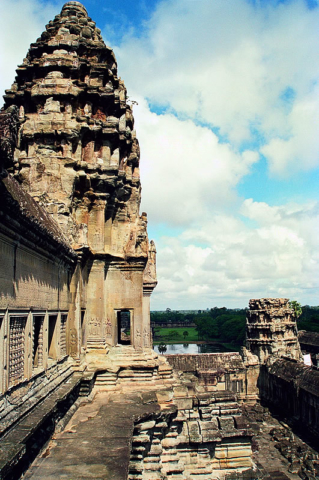 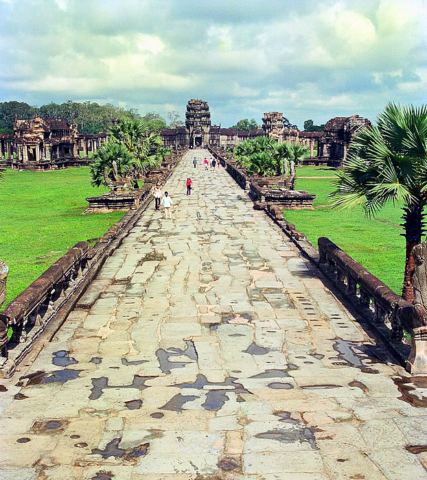 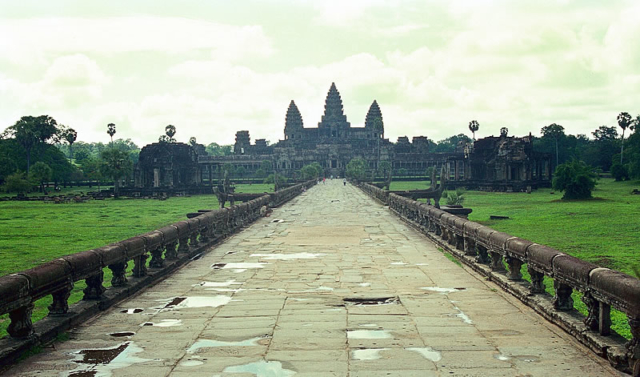 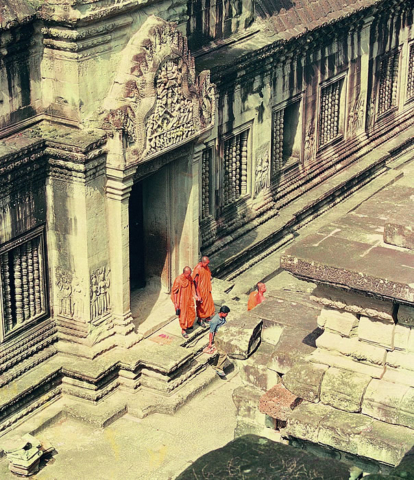 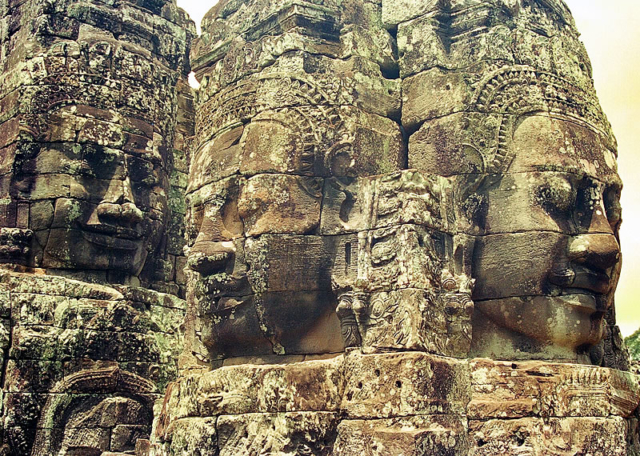 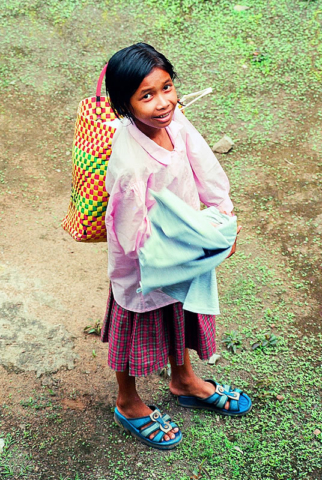 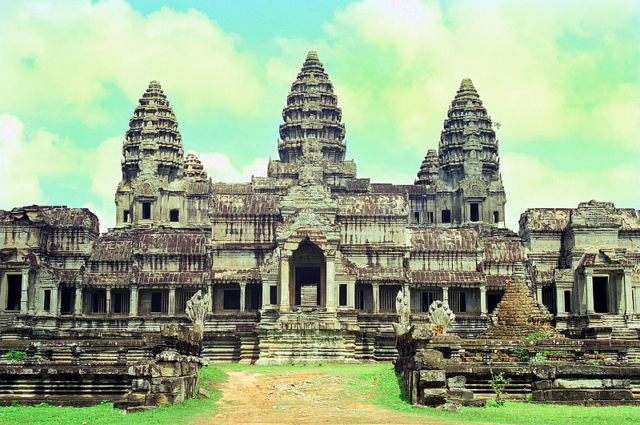 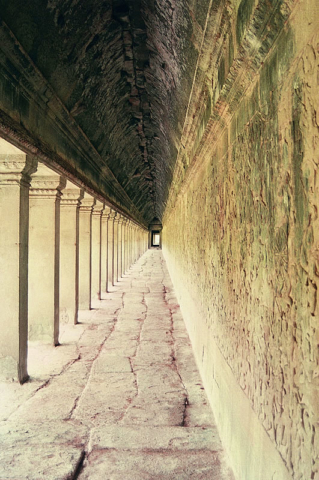 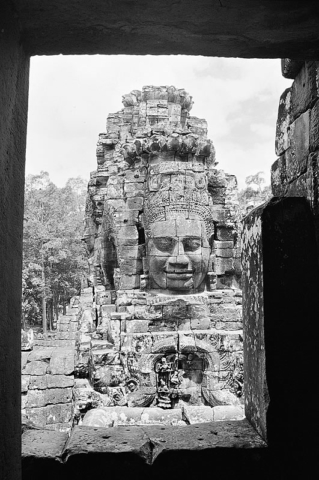 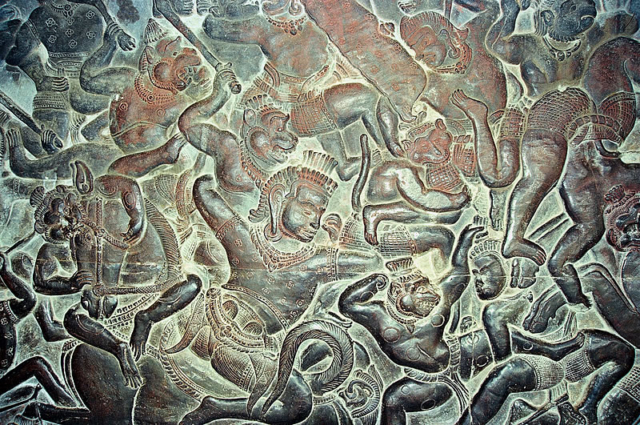 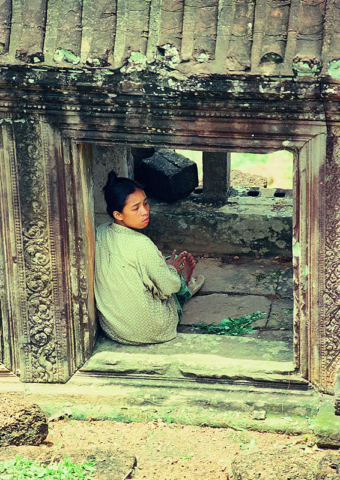 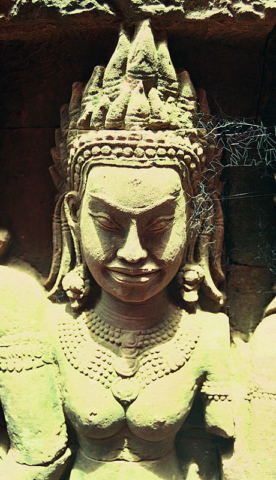 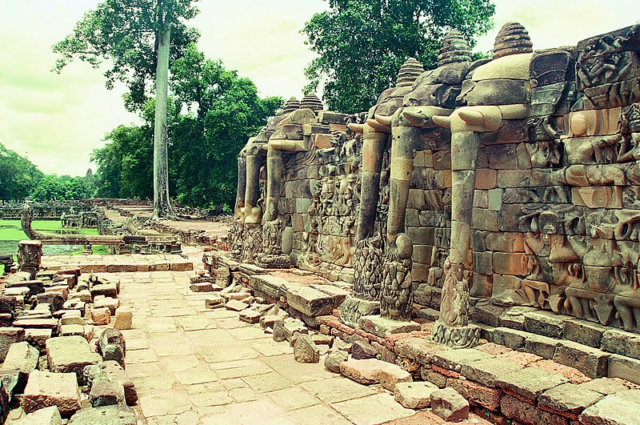 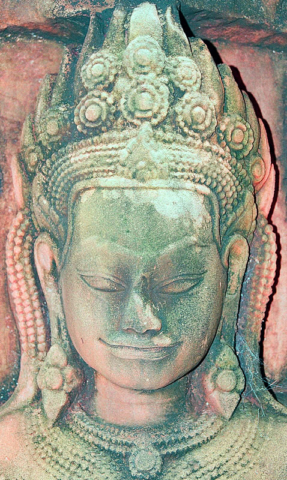 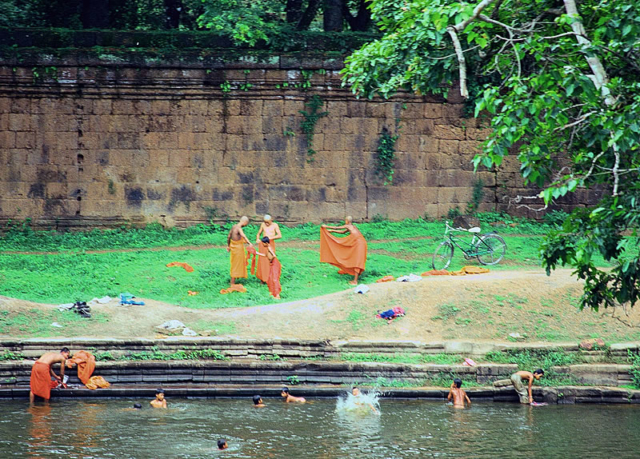 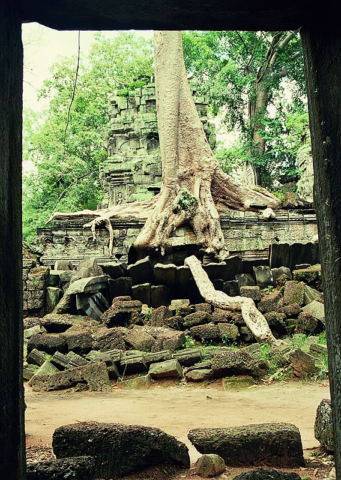 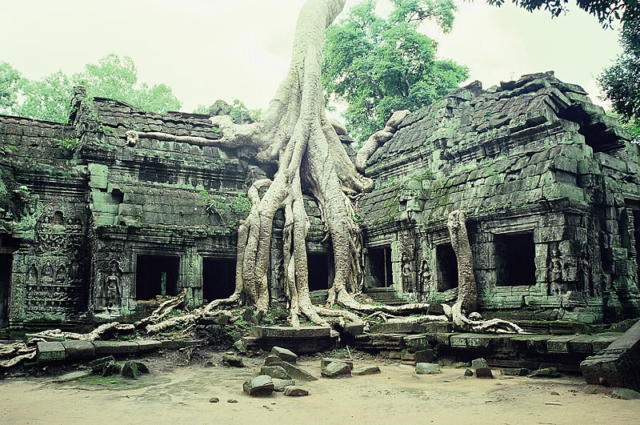 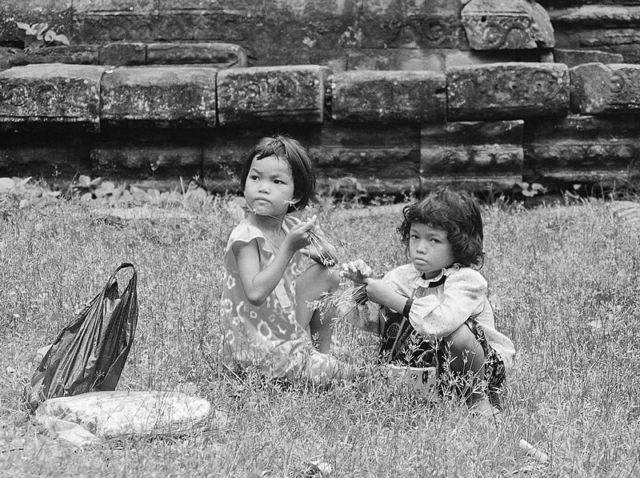 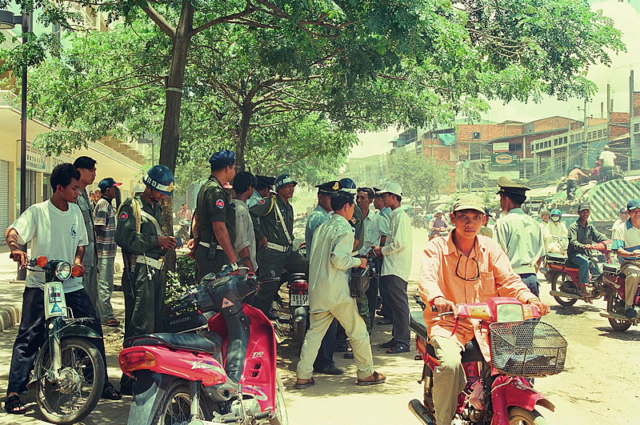 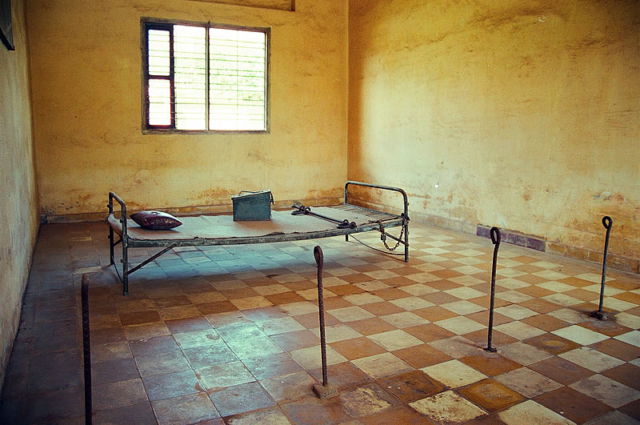 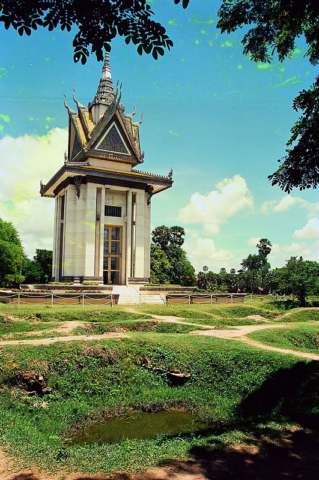