On The Road Asia > Laos > Up the Mekong through Laos

Up the Mekong through Laos 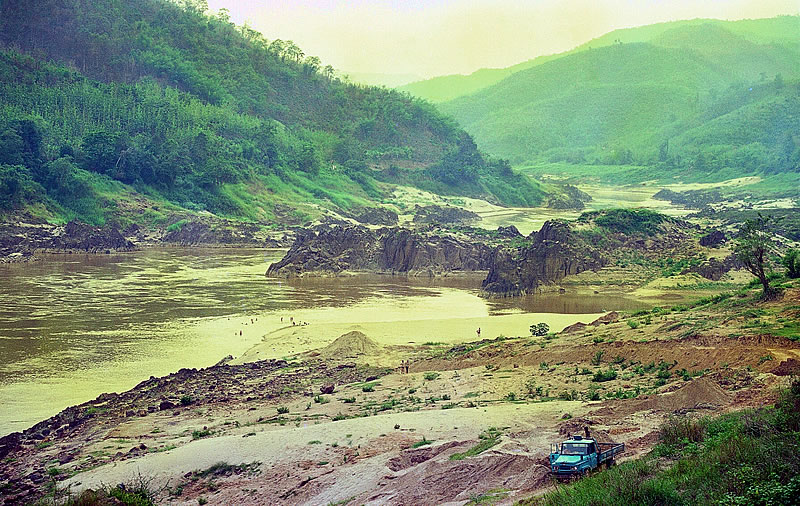 Vientiane is a dusty low rise capital city that had no real distinguishing features. A local market was the place to change currency where you’d get a bag full of bank notes in exchange for a few dollars. Due to the French influence the food was good and the wine cheap however I wanted to get up into the northern hills and valleys.

An old Russian cattle truck was our mode of transport to Luang Prabang, I was told that it would get there the same day. Several hours into the bone shaking journey on what passed as a road in some places the beast broke down and a black pool began to form beneath it.

We were at a town called Kasi where, according to my guidebook, rebels occasionally attacked vehicles on this road with small arms and rocket launchers. I was hoping for a quick repair but it didn’t come. Finally mid-afternoon we were motoring again albeit at a snail’s pace winding up into hills and passing through primitive villages. The scenery was prehistoric, I was half expecting a herd of Stegosaurs to come ambling out of the undergrowth. Even in the remotest of remote villages you’d find kids wearing Man U shirts.

After 14 grueling hours on the road we reached our destination.

Luang Prabang is a quaint little town with an old colonial feel, there are few vehicles here and bicycle is the preferred mode of transport. Small riverside cafes are a great place to while away the day and watch the world go by, nothing happens fast here. Took a side trip out to the Pak Ou Caves and Kuang Si waterfall, both of which were impressive.

The next leg of my journey would take me up the mighty Mekong river to the border with Thailand. An old cargo boat carrying motorcycles to China agree to take me and we set off slowly powering upriver. Stops were made at tiny villages where the children would run out and offer me grilled rat on a stick in exchange for pens, we also made stops in the evening to unfurl the nets and catch our dinner.

About halfway into the journey we stopped at Pakbeng where the bikes were unloaded and I bid farewell to the crew who had been fantastic. Nothing happens fast in this little town and the next boat heading to the border wouldn’t be departing for three more days. There was the option of noisy speedboats powered by car engines that roared up and down the river but I wanted to enjoy the scenery, take it slow and preserve my eardrums.

The final leg of the trip took us through some epic valleys and scenery, this part of the region is truly wild and untouched. The river marks the border with Thailand and you can clearly see the differences between the two countries. Naked kids splashing in the river, women washing their clothes, rickety shacks hanging onto the banks on the Lao side and satellite dishes, new pickup trucks, and multi-storey buildings on the Thai.

The town of Huay Xai was my last stop in Laos before crossing back into Thailand.

Unfortunately all of my photos were shot with a Pentax MZ-50 film flavoured SLR and the 14 year old negatives did not convert so well so apologies for the quality. 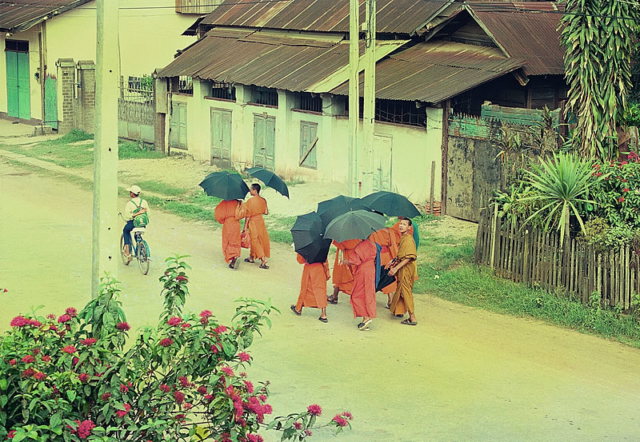 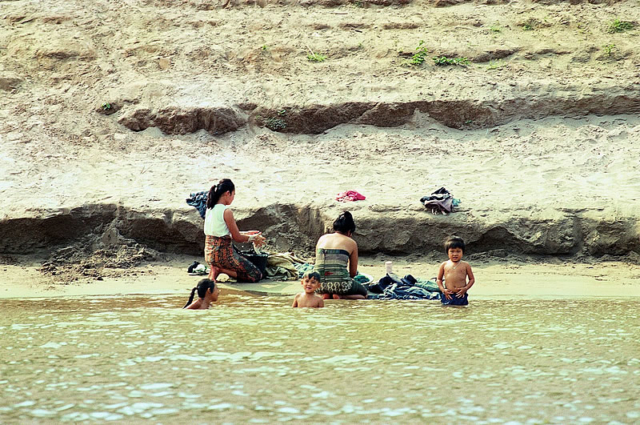 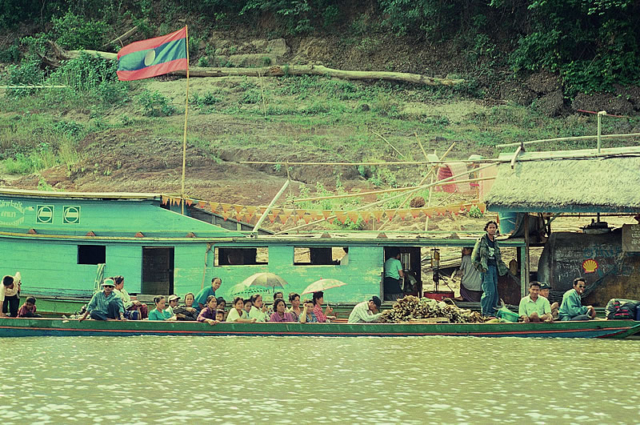 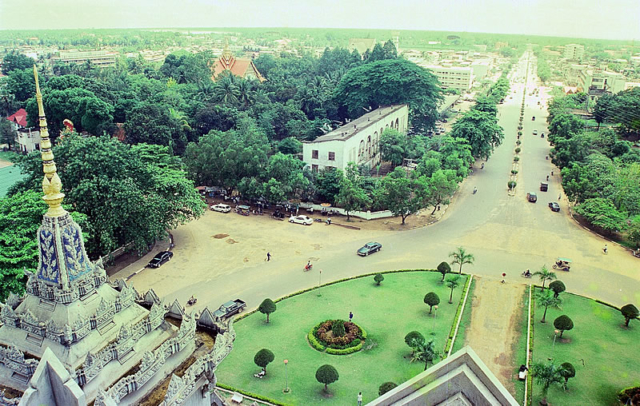 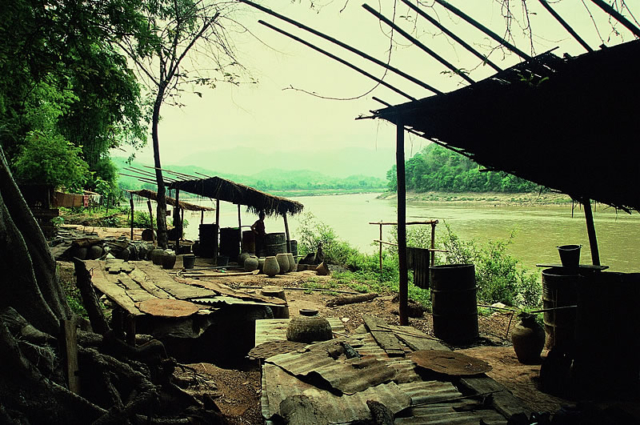 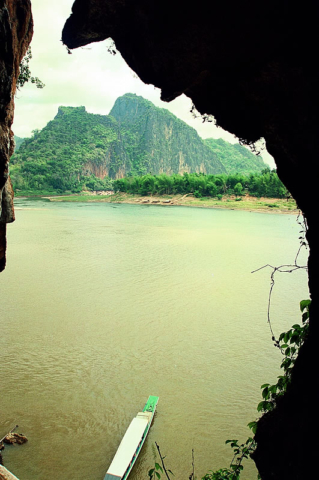 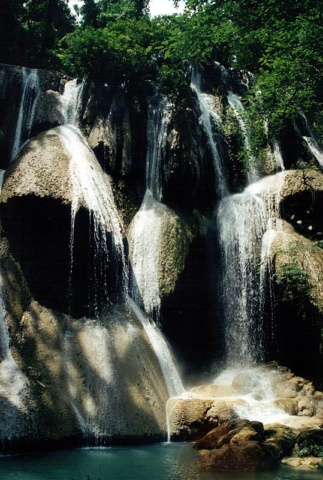 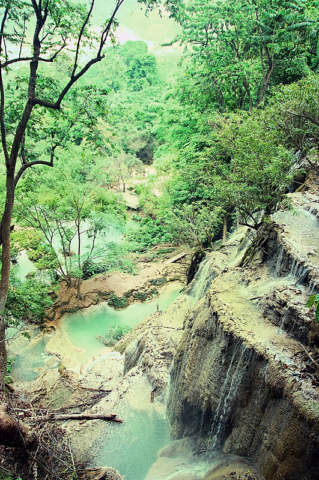 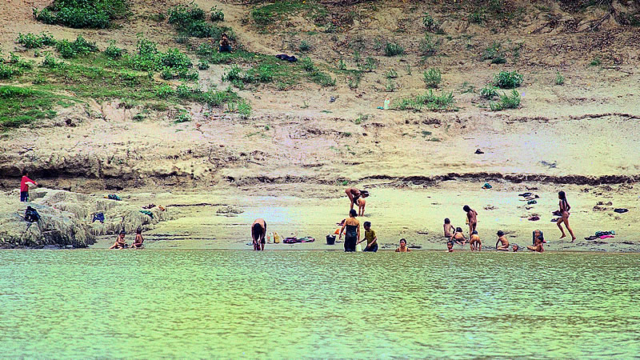 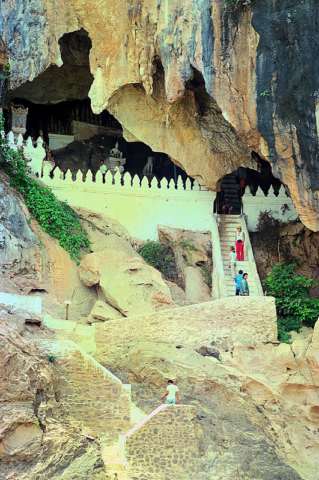 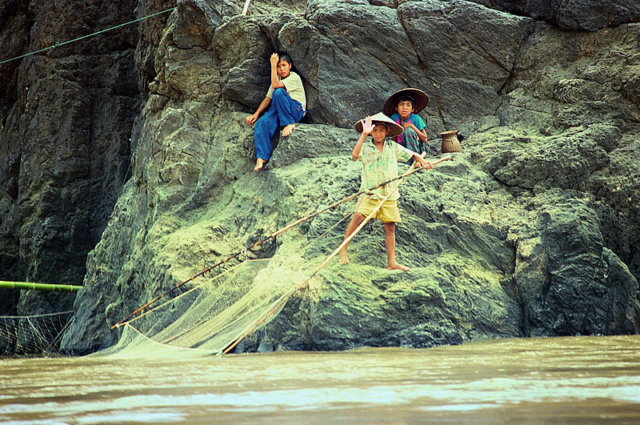 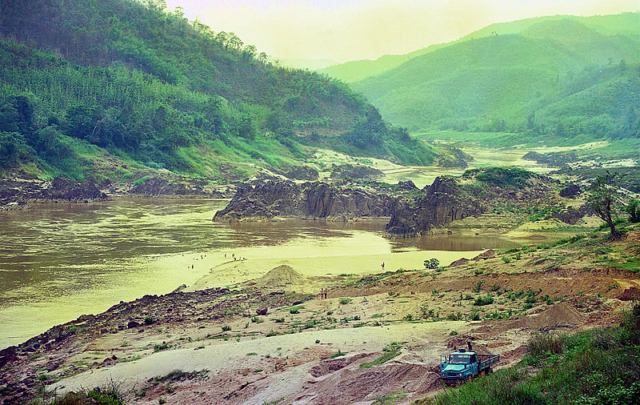 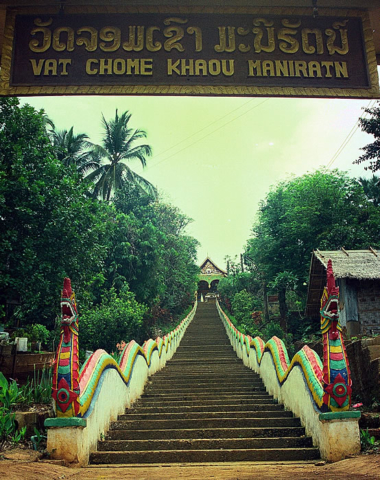 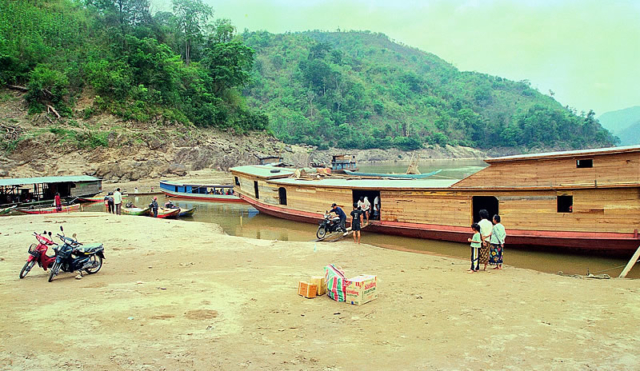 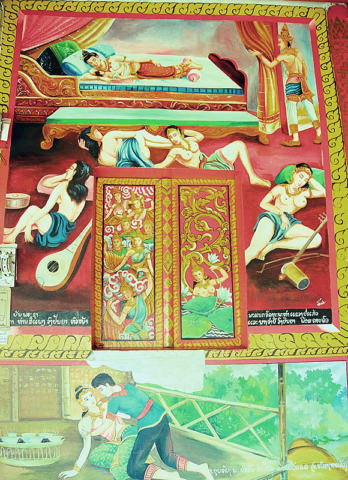 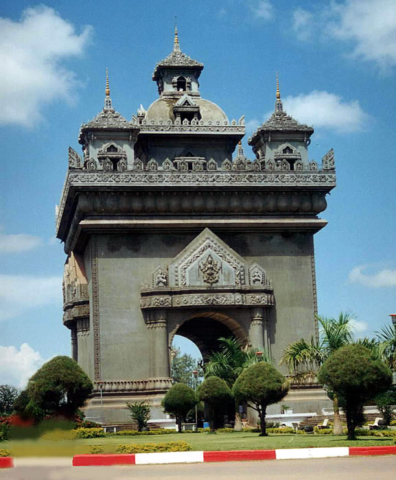 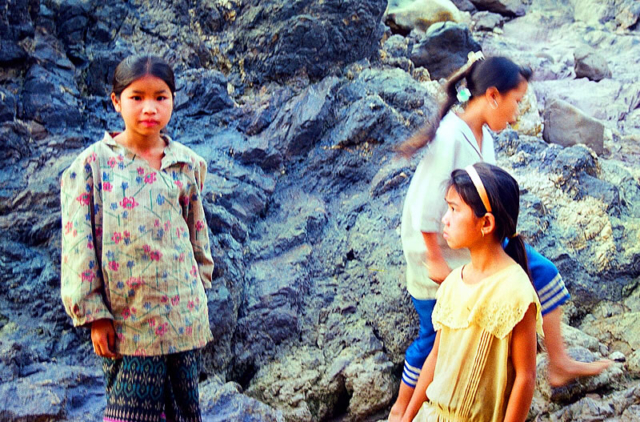 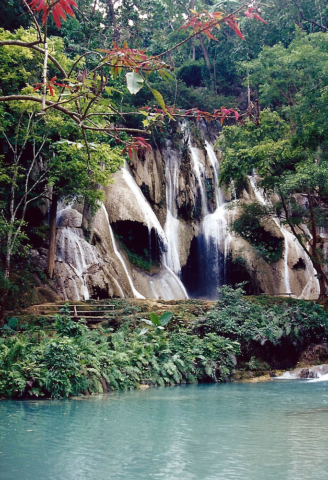 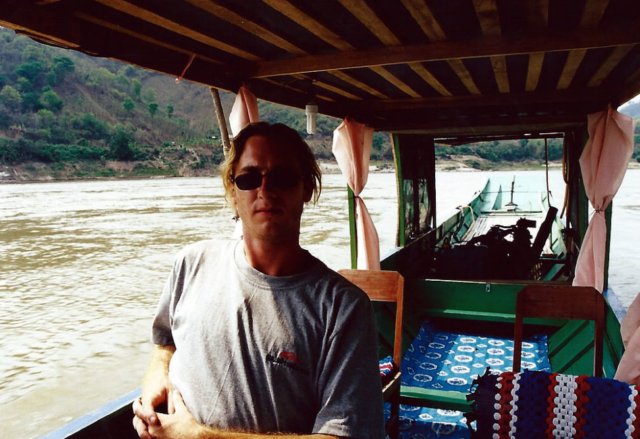